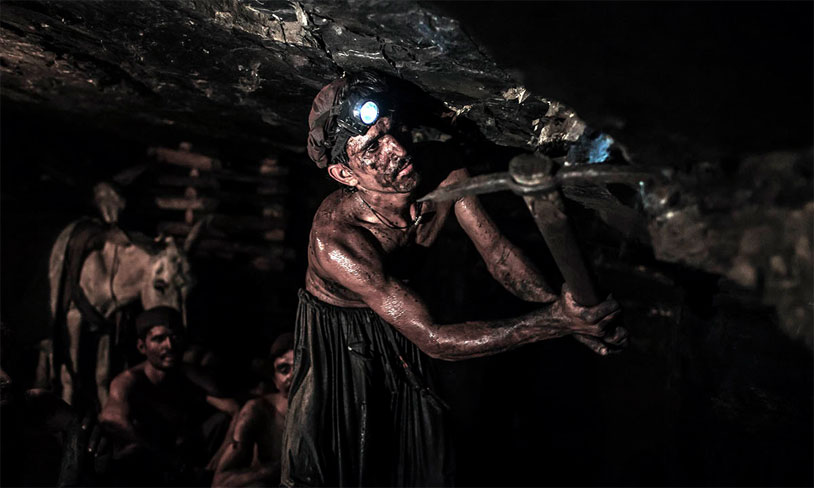 Keeping workers motivated on the job is one of the toughest things a boss can do. It’s even tougher when you’re down in the coal mines of West Virginia, one of the most inhospitable workplaces known to man. Joshua Clay was employed as a roof bolter in the Kielty mine in the town of Mingo, but his supervisor repeatedly put him in unsafe conditions. Most notably, Clay was made to do his work next to the outlet valve of an air filtration system that constantly sprayed him with toxic coal dust.

Following protocol, Clay went to his supervisor with his concerns. What happened next was shocking, even for us hardened souls at the Ball Report. Foreman Adam Whitt pulled out a can of spray paint and blasted Clay’s balls with it. And then, some time later, he did it again. The report from Workers Compensation News Network doesn’t go into very much detail on how Whitt got access to Clay’s balls to spray them, but it’s all down there in black and white in his lawsuit, so we expect it to come out in court.

After Whitt had painted Clay’s testicles white twice, he then made the decision to fire him from his position. This is obviously in direct violation of employment laws. He’s now suing for lost pay and fringe benefits, from pay and benefits, and unspecified compensatory and punitive damages. We here at the Ball Report back him all the way. Let it be known: if you spray paint one man’s balls white, you spray paint all of our balls white. This will not stand.