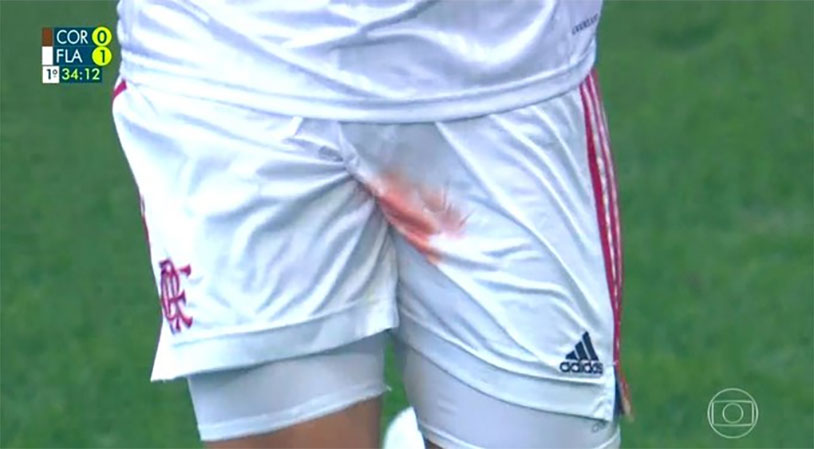 Although soccer is considered more of a gentleman’s game with less potential for physical injury than something like American football, accidents do happen. A Brazilian player found that out the hard way this week, when during a game he took a shot to the crotch so hard it left him bleeding through his white shorts.

The athlete in question here is named Gustavo Henrique, who plays for the Flamengo club. They were facing off with Corinthians in a vital match that would have serious ramifications in their standing in the league. If they came out on top, they’d be tied for first place with Internacional, which drove the Flamengo players to go hard.

Henrique might have gone a little too hard. In the match, he collided with another player and took the brunt of the impact right to his ballsack. It immediately ruptured and began to bleed, and referees called for the action to stop so he could be escorted off of the field. Flamengo went on to win the game, but it was cold comfort for the injured soccer player. The team hasn’t released a medical update on his status so it is unknown as to how many games he can be expected to miss.