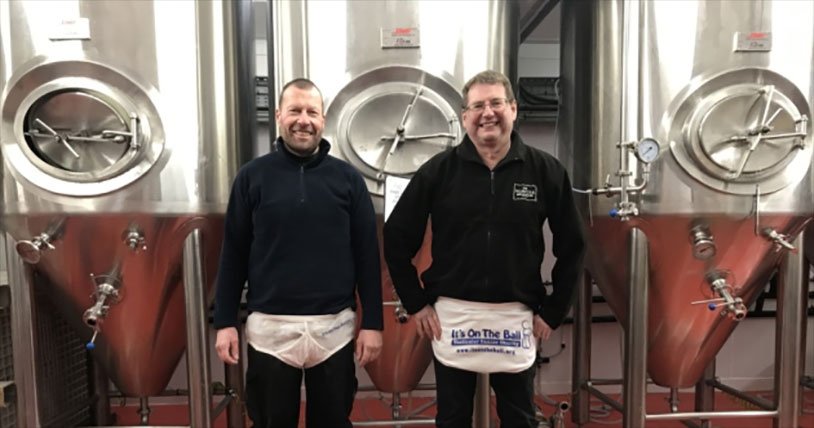 Raising awareness of testicular cancer is our whole deal here at the Ball Report, so we spend a lot of time giving props to other people around the world doing the same thing. A story just crossed our desk from the UK that’s a new spin on the mission – a brewer in Norfolk is paying tribute to a friend who passed away from the disease by rolling a beer barrel 124 miles to London.

David Holliday is one of the heads of the Norfolk Brewhouse, and he’s inspired to take action by the passage of friend and customer Fred Riseborough, who passed away at the end of 2018 when the germ cell cancer he had spread into his lungs and caused a case of pneumonia. The brewery produced a memorial ale called Fred’s Check to raise awareness of testicular cancer, and Holliday announced that if it won a local beer award he’d “push a barrel of Fred’s Check down to the oncology team at St Bart’s.”

It went over pretty well, so Holliday is now planning the barrel roll for March of next year. It’s a pretty ambitious task, so he’s looking for volunteers to help out with logistics as well as clubs and schools to stop at along the way to give talks about the disease.