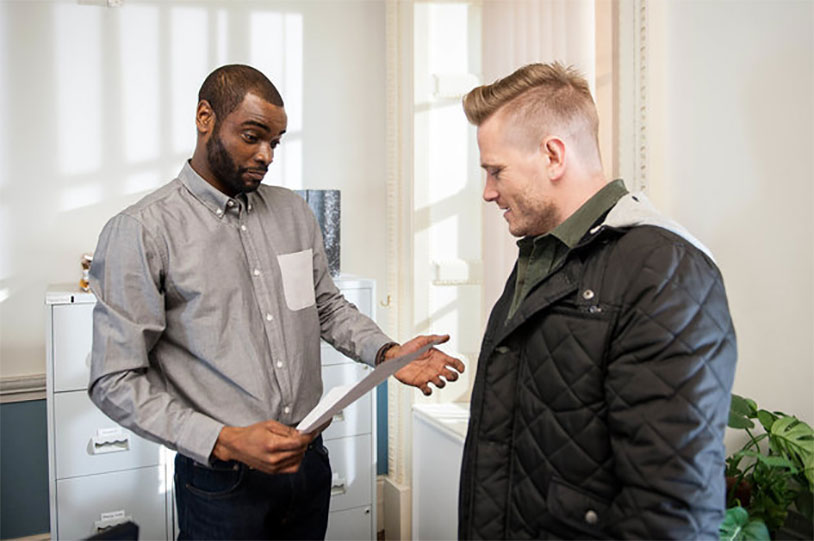 We’re not big fans of British soap operas here at the Ball Report (we much prefer crime dramas like Luther when it comes to UK TV imports), but our ears perked up when some news leaked from the set of Emmerdale this week about a major character who will have a struggle with testicular cancer.

If you’ve never watched it, Emmerdale is one of those shows that’s been seemingly on the air forever. It debuted in 1972 as Emmerdale Farm, focusing on a family of farmers and their neighbors in the adjoining village. In the intervening 44 years, the show has changed a pretty sizable amount – ramping up the drama and edgy storylines while actors and characters come and go.

Character David Pollard, played by Matthew Wolfenden, recently talked to the press about a big change coming that will impact both his relationships and his attitude.

Huffington Post UK has a rundown on the upcoming storyline, which started with David’s recent discovery of a lump on his testicle. A diagnosis of cancer has been confirmed, but in typical soap style the character will have to suffer a bit first as a distracted doctor misdiagnoses him. Let that be a lesson right there: get a second opinion.

Once David is correctly diagnosed, he will undergo treatment to hopefully get rid of the cancer, and the actor has spoken about the intense physical transformation he will undergo, including losing his hair and beard. Thankfully, testicular cancer is treatable if detected early enough, so our fingers are cross that he will pull through while raising awareness for the disease.

David, if you need some tips on dealing with your balls, drop us a line. We’ve got what you need.