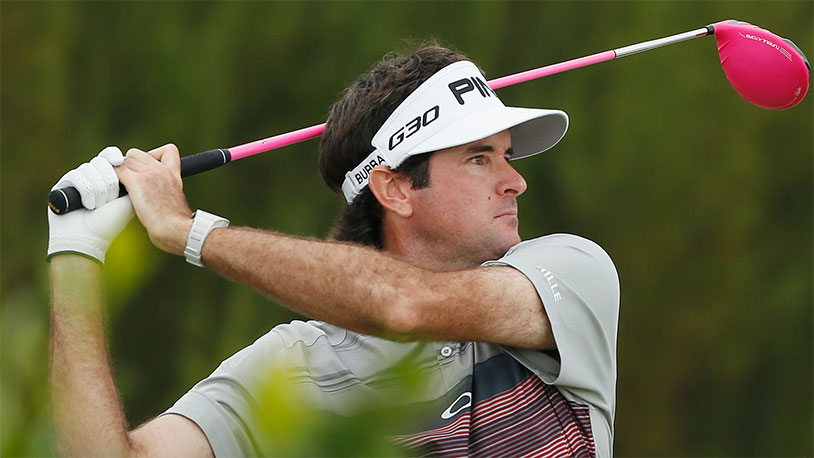 There’s not a lot of room for flamboyance out on the links, but Bubba Watson is giving it a go. The left-handed golfer has become notorious for his love of the color pink, often deploying a driver with a bright pink shaft. Now he’s taking that affection to the next level by exclusively using Volvik’s S4 balls, which share the hue.

Watson is an unusual fellow, but his heart is always in the right place. The pink driver was part of a campaign with club manufacturer Ping – every time Watson whacked the ball over 300 yards, Ping would donate $300 to his charity. He’s a consistent long driver, so that stacked up to be a serious amount of cash. That’s even more impressive when you learn that Watson has no swing coach and has never taken a golf lesson.

Unlike most pro golfers, who travel with an army of analysts and wonks, Bubba Watson plays from the gut. And it’s served him very well, with a pair of Masters victories under his belt. So when Volvik offered to sponsor him (for a rumored $1.2 million) and threw pink balls into the deal, Watson was happy to oblige. He took a package of them out on the course and had a fine time.

Unfortunately for duffers who want to be like Bubba with pink balls of their own, Volvik isn’t making them available. You’ll have to settle for white S4s like the rest of the ordinary people.