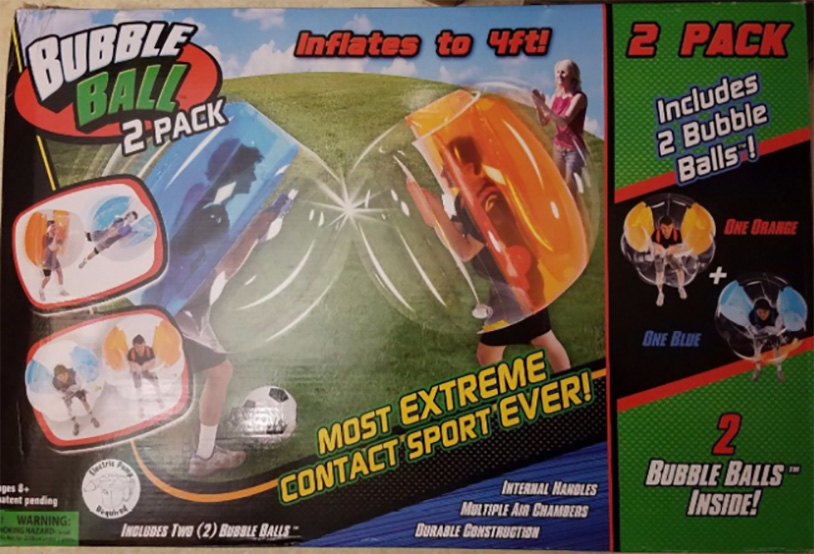 We’d never heard of Bubble Ball before today, but this isn’t the way we like to learn about anything. Advertised on the box as “the most extreme contact sport ever,” it involves climbing inside an inflated translucent cylinder and butting heads, sumo-style, with your opponent in an attempt to topple them over. Ideally the inflated bubble prevents you from sustaining an injury doing this ridiculous pastime, but a youth pastor in Oregon proved that wasn’t always the case when he broke his neck playing it at a church camp.

The man in question is Joshua Ashley, and he’s filed a $3 million lawsuit against Wal-Mart, who sold the Bubble Ball, alleging that the harnesses that were supposed to keep him safely inside the inflatable tube snapped during play, causing him to fly head-first into another player and breaking his neck. The incident happened in the summer of 2017, and two years of arduous rehabilitation has allowed him to regain movement below his neck, but he still suffers memory loss and other ailments as a result.

This isn’t even the first Bubble Ball injury to make the papers. Ohio high school senior Erin Horn was also wounded using the device, suffering a TBI at – bizarrely – a church-related shindig. We’ll see if Ashley can make a case in court that Wal-Mart, and not the manufacturers, is responsible for his situation, as the case continues.