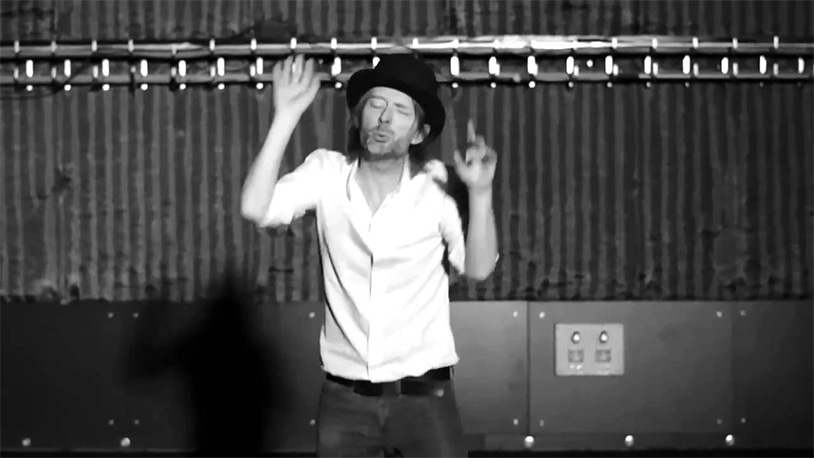 One doesn’t consider the boys in Radiohead to be fashion icons, but dedicated fans will still shell out cash for their togs. Case in point: the bowler hat that signer Thom Yorke wore in the “Lotus Flower” video, which he has put up for auction to benefit a testicular cancer charity.

The song, taken from the band’s album The King Of Limbs, wasn’t released as a stand-alone single, but the music video that was made for the minimal jam turned Yorke’s oddball dancing into a short-lived Internet meme. The tune was also nominated for Best Rock Performance, Best Rock Song, and Best Music Video at the 54th Annual Grammy Awards. Here’s the video if you missed it.

As a way to raise funds for Cahonas Scotland and Testicular Cancer Education and Awareness, Yorke has signed the hat and had it emblazoned with a custom Radiohead logo. If you’re interested in making a play for the hat, bid on it on eBay, but be warned that at press time it was over $10,000. That’s a pretty hefty price tag for a hat, even a famous one.

Read more at the NME.