California Politician Says Rival Has “Testicular Fortitude Of A Mouse” 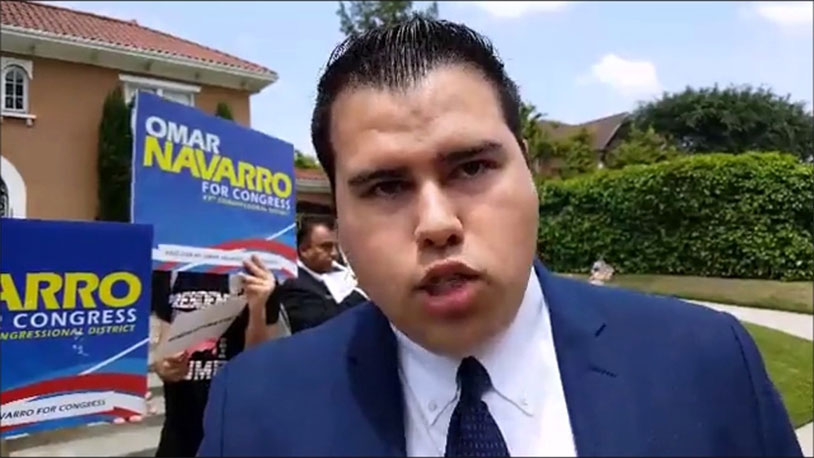 The rise of Donald Trump has led to a flood of non-traditional politicians running for office all over the country, many with backgrounds that can charitably be described as “checkered.” One of the most unusual is California politician Omar Navarro, who was conducting a quixotic campaign against California state representative Maxine Waters until he got thrown in jail for six months for stalking an ex-girlfriend.

After getting out of the pokey, Navarro – who lost his primary – decided to immediately register as a Republican candidate for the 2022 contest. Not satisfied with that, though, he also announced that he’s going to use the approximately $50,000 remaining in his campaign account to create negative mailings and other materials against Republican candidate Joe Collins, who will be challenging Waters this year.

His rationale is that Waters is better than Collins – even though Navarro lost to Waters in both 2016 and 2018 by massive numbers. Many people theorize that his campaign was simply an excuse to up his profile with President Trump by being a public figure of criticism to one of his most frequent foes. Collins didn’t have kind words for Navarro, though.

“Omar Navarro is a joke,” Collins told The Daily Beast. “He has the mentality of a four year old child throwing a temper tantrum and the testicular fortitude of a mouse.”

Navarro, who has been widely rebuked for many conservative stunts including releasing a forged letter on Waters’ office stationery claiming she planned to bring tens of thousands of refugees into her district, doesn’t seem to have learned any lessons from his troubles. We’ll see if his balls are any bigger in 2022.