You Can Tour This Ancient Shot Ball Factory Once A Year 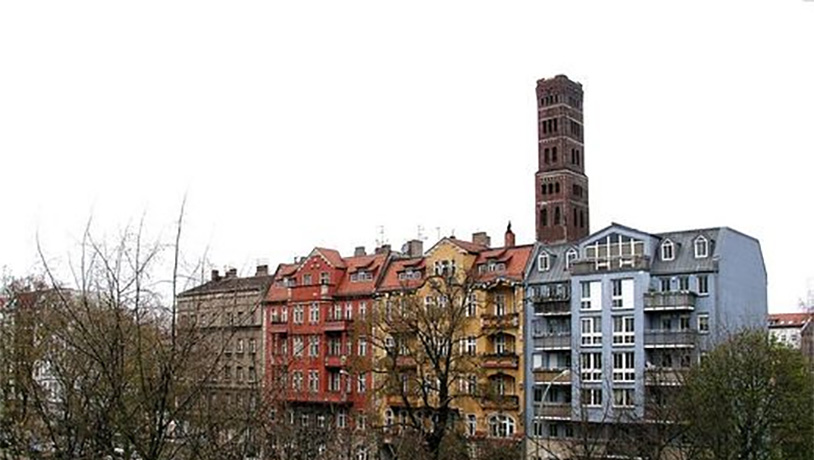 One of Berlin’s most unusual buildings, the “Schrotkugelturm” – or shot ball tower – is a monument to a method of manufacturing that just doesn’t exist anymore. And if you’re in Germany on the one day a year that it’s open to the public, you can see it for yourself.

In the early days of firearms, muskets and the like blasted out round balls, not pointy bullets. That’s because barrel manufacturing wasn’t good enough to hold them in facing a certain direction – so spherical shot balls were the way to go. But how did they craft small pieces of metal with such geometric precision? The answer is in the five stories of this tower, built in 1908 for that specific purpose..

Instead of using molds and filing down the imperfections, the genius Germans of the Schrotkugelturm let gravity be their assistant. When they manufactured shot, they walked up all 197 steps to the very top of the building and dropped a payload of molten lead down a narrow tube. Air cooled it as it spun and fell, and when it hit the bottom it had been molded into a perfectly round shot ball.

If you want to go see it, the annual Doors Open Day is the only time you can get in the century-old building, and many others like it across Germany.

Atlas Obscura – easily the best place on the Internet to find these kind of places – has more. There’s a similar shot tower in Bridgeport, Connecticut, built by legendary gunsmiths Remington.