Can You Get Testicular Cancer From Eating At Chipotle? 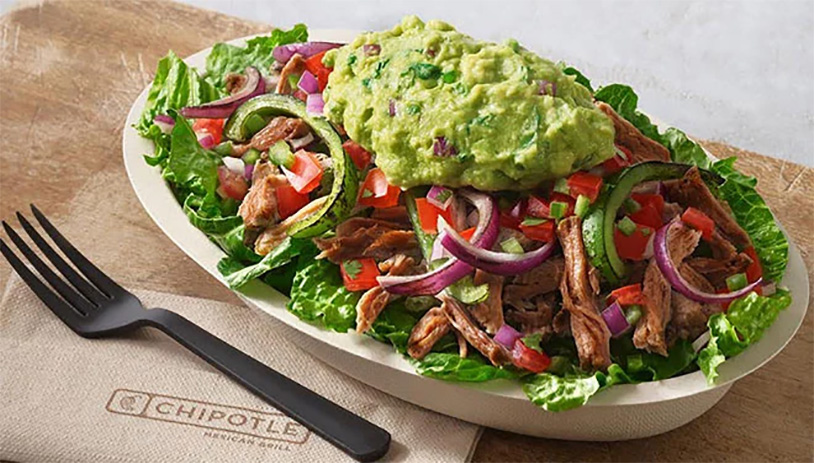 Of all the fast food restaurants out there, Chipotle has a rep for both being fairly tasty and fairly environmentally conscious. But a recent study of the compostable packaging materials that they use for their salads and other dishes has us a little worried. Read on as we dig into the science.

Let’s get things clear right off: there’s nothing in the food itself at Chipotle that’s likely to increase your testicular cancer risks. What the study found was confined to a certain type of bowl made from compostable fibers. Compostable bowls have been a hot trend in food service because they return to the earth naturally, minimizing pollution. But the research group New Food Economy found that all 14 bowls they tested from a variety of New York City restaurants, including Chipotle, indicated the presence of per- and polyfluoroalkyl substances, or PFAS.

Those chemicals have been a noted boogeyman in the press, as they can bioaccumulate in the body and cause a wide variety of health issues, from testicular cancer to liver damage and fertility issues. The thought is that they were added by bowl manufacturers to prevent grease leakages, but it’s not a good look. Chipotle released a statement saying that all of their supply chain partners meet FDA regulations, and many scientists believe that the level of ingestion of these PFAS is fairly low – a much bigger threat is ingesting them through contaminated water.

The same bowls are also used at yuppie salad chain Sweetgreen among other restaurants. It remains to be seen whether these companies will adjust their purchasing to remove PFAS from the menu entirely.