Can You Make A Baby From A Frozen Testicle? 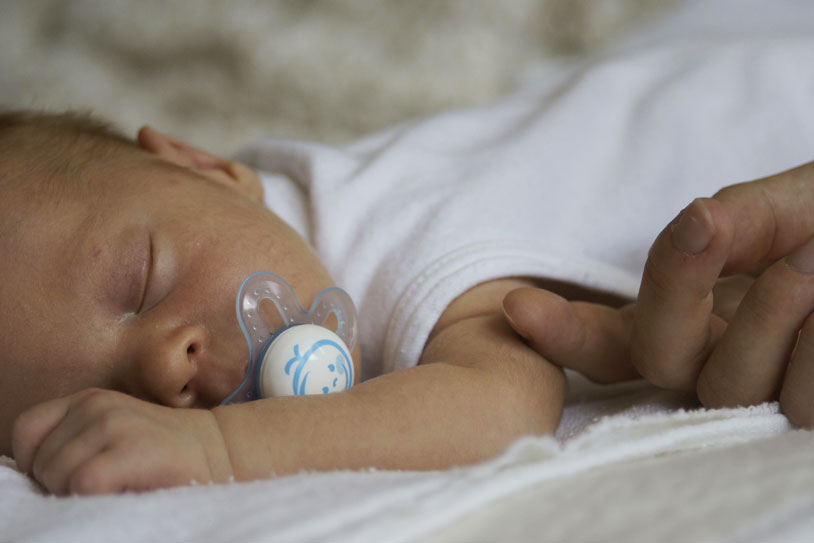 Last week, reproductive science took a great leap when Belgian doctors delivered a baby grown from an ovary frozen a decade ago. The BBC has the whole story, but here are the broad strokes: a young woman was diagnosed with sickle-cell anemia at the age of 13 and had a difficult treatment to cure her. Before that treatment began, she had one of her ovaries removed and cryogenically preserved.

It was good that she did, because her other ovary was irreparably damaged during the treatment, leaving her infertile. In 2014, the woman had four of her thawed ovarian fragments grafted onto her damaged ovary and a few more in other locations in her body. Five months later, she had her first period, and a few months after that she was pregnant. The baby was delivered in March of 2015 with no complications, happy and healthy.

When men have medical procedures done that might impact their fertility, the traditional precaution is to freeze some of their sperm. But traditional sperm banking has its drawbacks – you can attempt to impregnate an ovary multiple times without success, and once that sperm is gone, it’s gone. Obviously, the idea of preserving a testicle and then re-grafting it once the patient is healthy is much more appealing.

Also, what if the patient hasn’t begun to produce sperm? Before puberty, the stem cells in the testicle haven’t developed into spermatozoa, and there’s no way to force them to do so. Removing a testicle and then re-grafting it to a healthy adult body may provide the hormonal jump-start those cells need to become reproductively viable. Or, as we’ve covered before, doctors are working on artificial testicles that can produce sperm from stem cells themselves.

Whatever the solution, it’s exciting to learn that there are more options for people rendered infertile by disease.