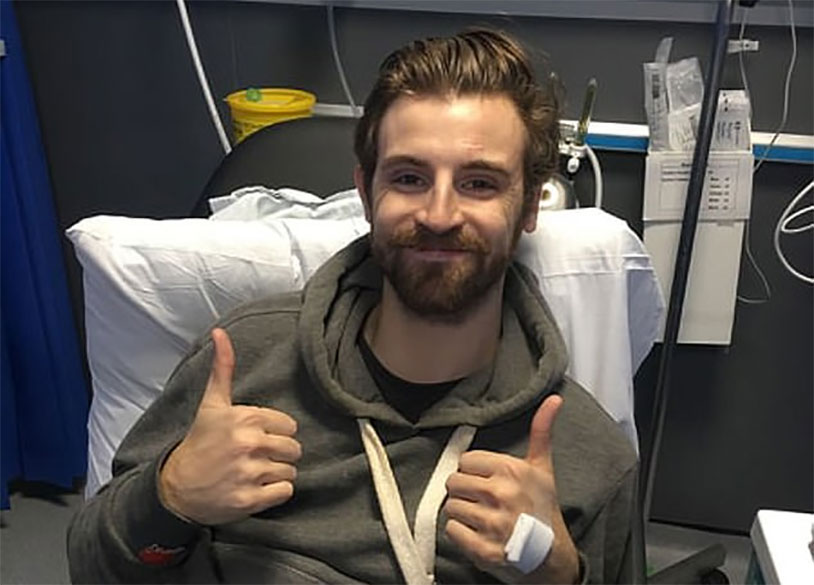 We’ve heard a lot of responses from testicular cancer patients who were informed they would be losing a testicle, but throwing a party isn’t a common one. Justin Robertson had moved to London in 2016 to pursue a career in advertising, but he was quickly sidetracked when he noticed a lump in his scrotum. Unfortunately, he dismissed the unusual growth and didn’t take advantage of the NHS and see a doctor, and we all know what happens next.

By November, when he finally saw a doctor, the cancer had developed to the point where he was going to lose one of his testes. He was bummed, but his friends decided to lift his spirits by throwing him a shindig to commemorate his last days with his left nut. Dozens fo his closest friends convened to host a balls-themed balls-up.

The playlist for the party included classics like Miley Cyrus’s “Wrecking Ball” and Jerry Lee Lewis’s “Great Balls Of Fire.” They should have dove into our balls music playlist for some deeper cuts, but we’ll let it slide. On the buffet table were meatballs, nuts and other testicle-related food. A good time was had by all and Robertson’s surgery went swimmingly.