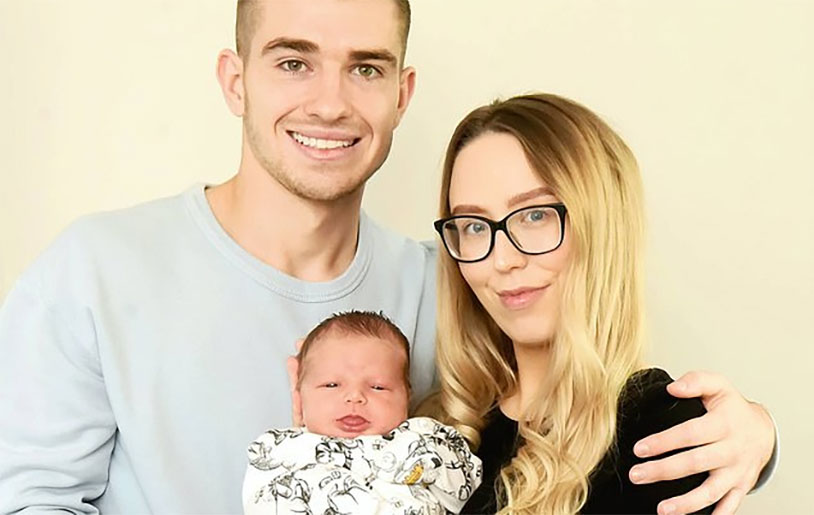 One of the most difficult things to wrap your head around with a testicular cancer diagnosis is the very real risk of being rendered infertile by the disease. The cancer can cause great damage to your delicate reproductive organs, and surgery often can involve removing one or even both of your balls if it has spread. Many patients opt to freeze their sperm beforehand to ensure that they can have biological children in the future.

This story was wild from the jump, as office worker Sean Collard found out he had testicular cancer the same year his twin brother Ryan was diagnosed with the disease. The two men both battled the sickness together in 2017, and although they were declared cancer free the process was thought to have left them both infertile.

Sean’s cancer was caught earlier than Ryan’s, but there is a lot of uncertainty around how the testicles repair themselves after the disease is purged. He continued sleeping with his girlfriend Sophie Campbell, and just a few months before he was scheduled to take a fertility test she told him that he’d gotten her pregnant. Soon afterwards, their son Lucas was born.

“Becoming a dad is the best feeling ever. There was a time when I never thought I’d be able to have a family but Lucas is our little miracle,” Sean said.

“Finding out was a huge shock but at the same time it was great news. I was told that my fertility could possibly come back at some point but it was so early that I hadn’t yet had the test to determine it.”

Ryan is also wanting to have children with his partner, but as of yet his fertility has not returned. Our hopes are with him.