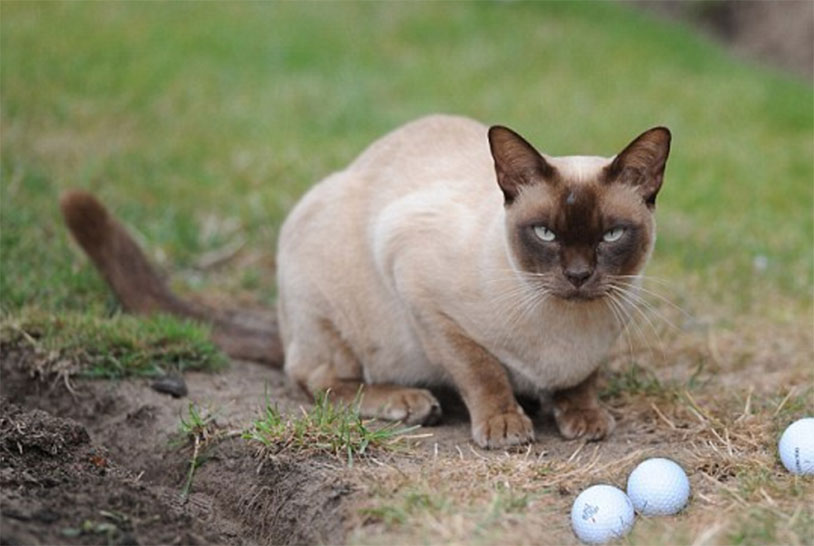 What is it with golf balls that captivates animals? We wrote a little while back about a fox that is obsessed with swiping them from a local course in Norway, and now we’ve got a similar story about a cat who is irritating golfers by stealing their shots.

The course is the Aldeburgh Golf Club in Suffolk, England. And the pest is a cat named Merlin, who has been so efficient in abducting golf balls that the management has put up a sign on the notice board warning patrons. Merlin’s favorite haunt is the 14th hole, where he darts out into the short-cropped grass and takes as many as a half a dozen balls a day.

Merlin’s owner Peter Bryson talked to the press, telling them that at home the cat loves to play with ping-pong balls and probably thinks that golf balls are close enough. Bryson doesn’t think he can really do anything about his pet’s criminal activities, as anybody who has ever tried to train a cat can tell you.

People has more on the felonious feline.