Catch Real Balls In VR With This New Software 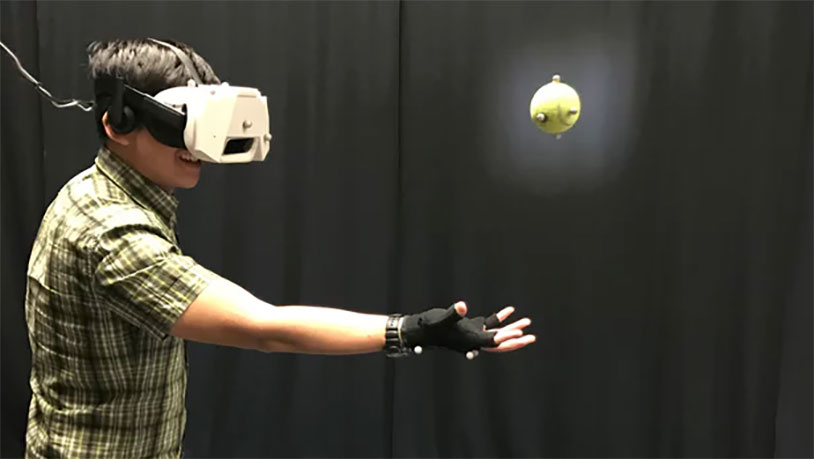 There’s no denying that VR is the wave of the future. Virtual reality is becoming less expensive and more powerful – you can even run it on your phone! That said, the level of immersion that the platform offers is still pretty limited. It’s great for looking around environments and playing simple games, but anything more complex is still a little clunky.

That’s going to change, though. Many different companies are exploring ways to expand the VR experience. New Atlas has a pretty interesting article on a new venture from Disney that blends virtual reality and real-world objects to cool effect.

Using an OptiTrack Flex 13, a high-speed motion capture camera that’s used to train surgeons, they capture the flight of a ball as well as the position of the catcher’s head and hands. A software program then translates that input into 3D models and transmits them to a VR display. The system also calculates the arc and speed of the ball and predicts the location where it will land, communicating that to the catcher.

It’s still a proof of concept, but what a neat idea. Combining real-world objects with a virtual environment could be the next step forward in VR, and it just took some balls to do it.