Cement Ball Gets Loose And Smashes A Car 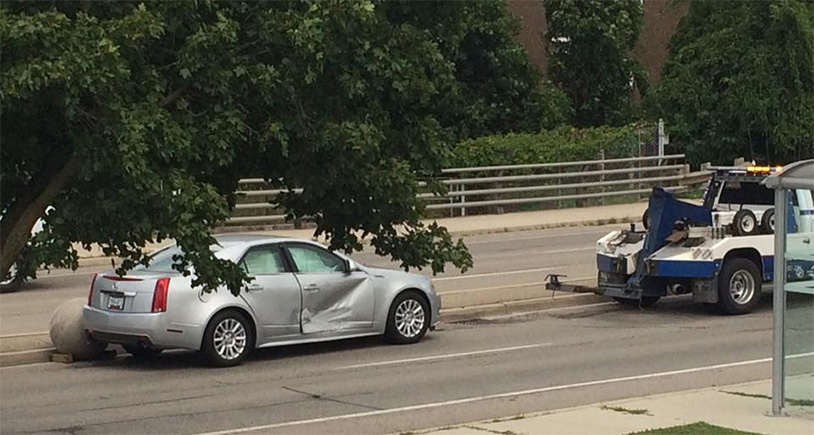 If you’ve ever shopped at a Target, you’ve probably seen the big red balls that dot the sidewalks outside the store. Each cement ball weighs hundreds of pounds, so when kids try to roll them around it’s always funny. What could cause one of those massive orbs to come loose and go rolling down the road? That’s a mystery, but it happened in Burlington, Ontario.

The balls weren’t the red-painted kind that we talked about, but rather neutral cement dotted around the sidewalks of the Mapleview Mall. These balls are placed to serve as a visual warning to drivers and deter any vehicular attacks on the mall’s structure. With a recent spike in car and van attacks by terrorists of all stripes, they’re an affordable solution to the problem.

It’s still unknown what caused one of the Mapleview balls to slip from its moorings and go on a rolling rampage, but photographs from social media show the aftermath. The ball rolled off the curb and down the sloped parking lot, eventually colliding with the door of a parked car and smashing it in. Police are investigating the incident, and the current theory is that some teens managed to loosen it and rolled it manually off the sidewalk.

The Hamilton Spectator has the whole story.