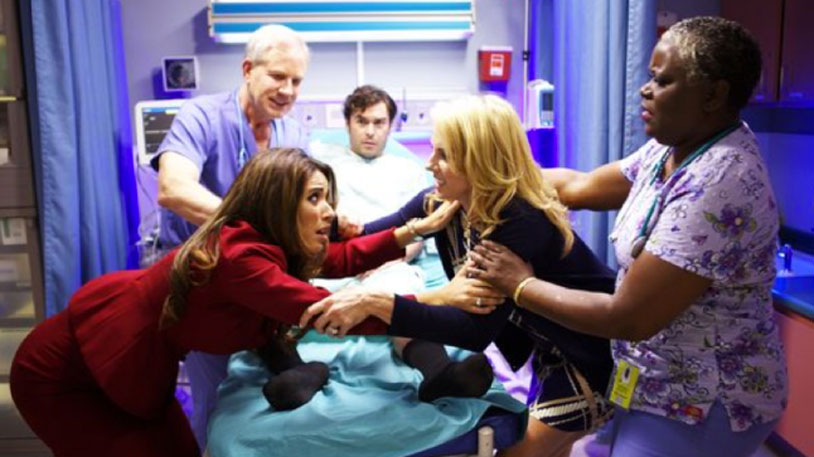 Here’s one for the “bad ideas” file. This week’s episode of Sex Sent Me To The ER on TLC (one of our favorite guilty pleasure shows) told the tale of a man named Thomas who checked into the hospital with one of his nuts damaged and discolored. In front of the doctor on call’s eyes, his gonad began to swell until it was nearly the size of a volleyball.

Oddly, Thomas wouldn’t offer any explanation as to how his ball got so intensely bruised, but his wife didn’t seem terrifically sympathetic. All was revealed when another woman charged into the hospital room and started squabbling with the wife. Apparently Thomas had been fooling around on his wife with a woman from his office, she found out and kicked him in the crotch as hard as she could.

Read more about this tragic story at Closer Online.