Check Out This Galaxy Inside A Fly’s Testicles 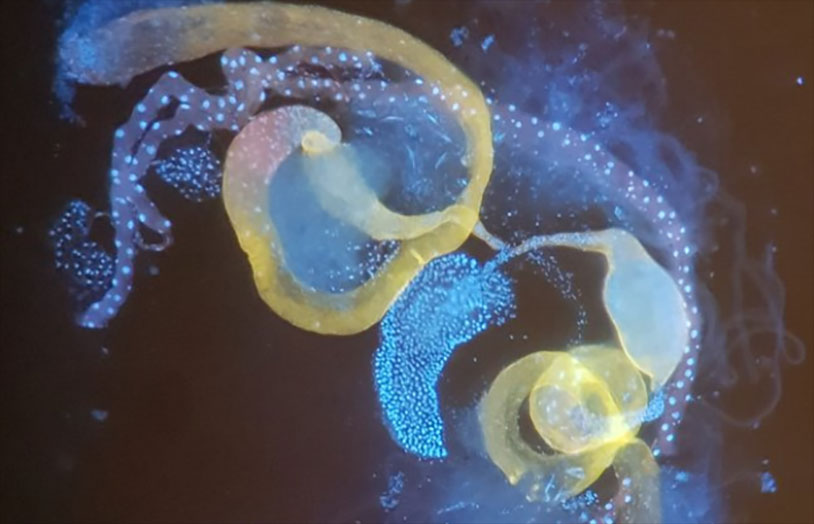 Well this is a new one on us. We’ve looked at balls from just about every angle on this site, up and down the animal kingdom, but we never thought we’d be captivated by the sight of a galaxy inside the testicles of a fly.

Biologist Ben Walsh, working on his doctorate in the Department of Evolution, Ecology and Behaviour at the University of Liverpool in the United Kingdom, shared a fascinating photo on Twitter a little bit ago. At first glance, it looks like one of the spirals of light captured by the Hubble Space Telescope as it scans the far reaches of our universe. But in actuality, this magical galaxy is just a zoomed-in take on the balls of a fly.

Insect reproduction is a fascinating thing, and fruit flies – like the one zoomed in on here – are especially notable because their sperm is the longest compared to body size of any animal on Earth. Walsh’s research involves how climate and temperature affects the fertility and reproductive cycles of flies, and this unusual image is simply a side effect. But it’s a pretty damn cool one and a fun way to start your week.