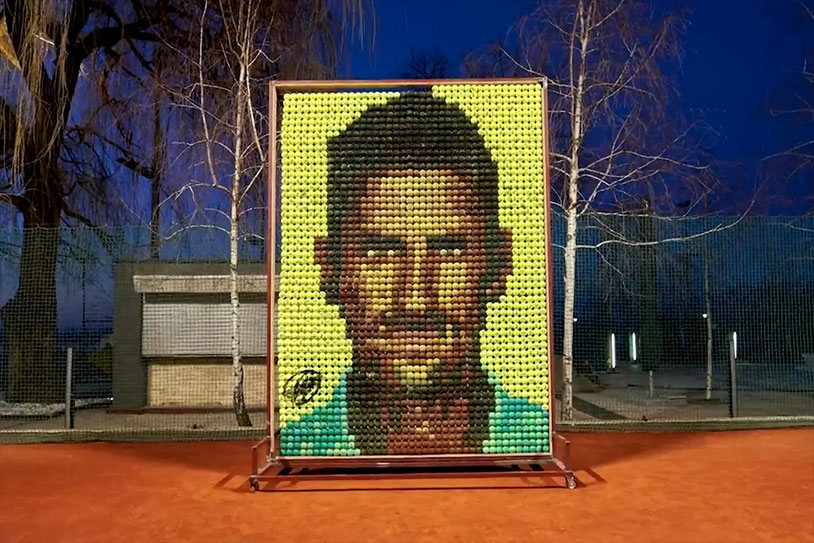 Serbian pro tennis player Novak Djokovic is on top of his game right now, smashing Roger Federer’s world record of standing on top of the men’s tennis rankings for an unbelievable 311 weeks. He’s won 18 Grand Slam titles and dozens of other titles, as well as being the only tennis pro to win every single elite event in the modern ATP tour. If you’re not a tennis buff, what you need to know is that he’s overwhelmingly dominant and stands to be for some time.

To celebrate Djokovic setting that 311 week record, Serbian artist Andrej Josifovski decided to create a portrait of the star using the tools of his trade – tennis balls. Starting with 2,177 balls – the same number as days in 311 weeks – he created a grid and painted each one individually to capture the player’s face.

He then set Djokovic up in an empty tennis court and convinced him that he needed to hit balls, blindfolded, into a massive frame, to create a piece of art. As he was whacking them, Josifovski unveiled the actual artwork, to Djokovic’s surprise once he took the blindfold off.

It’s both a funny bit and a really cool image. Congratulations to Djokovic for his monumental accomplishments.