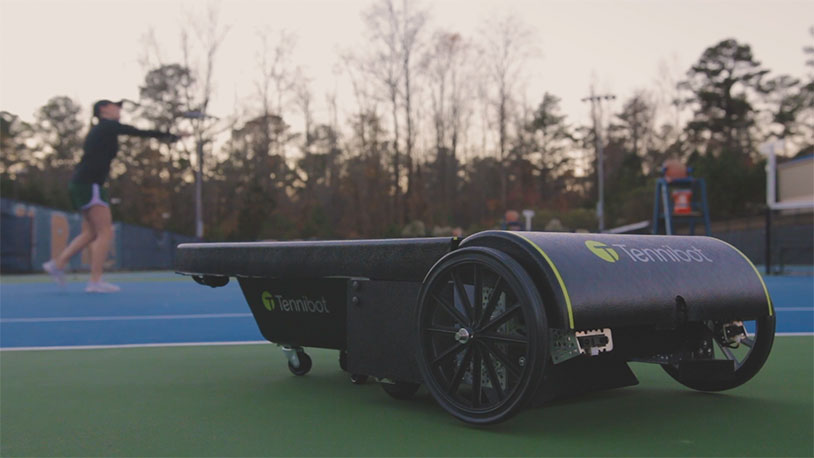 It used to be you had to pay bored high school students to retrieve your tennis balls when you whacked them out of bounds. But, like so many other jobs that are going away in an increasingly automated America, soon there could be a robot that does it for you.

It’s called Tennibot, and it’s a real wonder. Obviously there have been robots to serve tennis balls for ages, but the other end of the equation has been less served. This machine uses an array of optical cameras to locate balls on the court, then more precise sensors to position itself to flip it into the bucket. Inventor Haitham Eletrabi has been developing the idea for a decade, and at the recent Tennis Innovation Challenge he presented it to some of the sport’s most influential thinkers.

The response was exceptional. With features like manual control, the ability to specify a drop-off location and tracking for pick-ups, it’s an affordable addition to any tennis club.

The company plans to start shipping them commercially this year. Sorry, high school kids. Looks like you’re going to have to flip burgers or deliver papers. Or at least until we make robots to do that stuff too.

Check out some footage of the industrious little droid in action.

Hat tip to Sport Techie for the story.