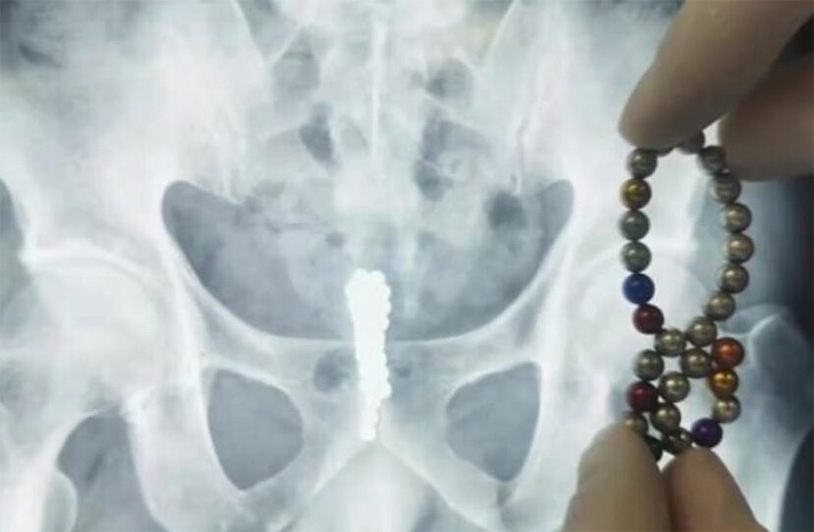 We’ve done some strange stuff in our sleep, but nothing that beats this guy. A man in China claims to have inserted 26 ball magnets up his urethra and into his penis during a dream, then didn’t go to the doctor because he thought he could pass them out when he peed. The 58 year old man was hospitalized for a blockage, and when he got to the hospital shared his odd tale with doctors.

After a day trying to pee out the magnets, he headed to Daxing Hospital in the city of Xi’an for a consultation. Once there, though, he rapidly started changing his story and admitted to putting a single magnet up his penis but denied knowing how the other ones got there. Dr. Yin Chuanmin examined the patient and found the remainder of the orbs in his bladder.

Dr. Yin’s team extracted the ball magnets through microsurgery, using a magnetic ring to coax them back out through the man’s penis. His bladder appears to have been undamaged from the ordeal, but he could have incurred serious damage to his innards from his unusual nocturnal experiments. It’s unknown what the hospital did with the ball magnets, but we doubt the man took them home.