Chris Arreola: “My Biggest Asset Is My Heart And My Balls” 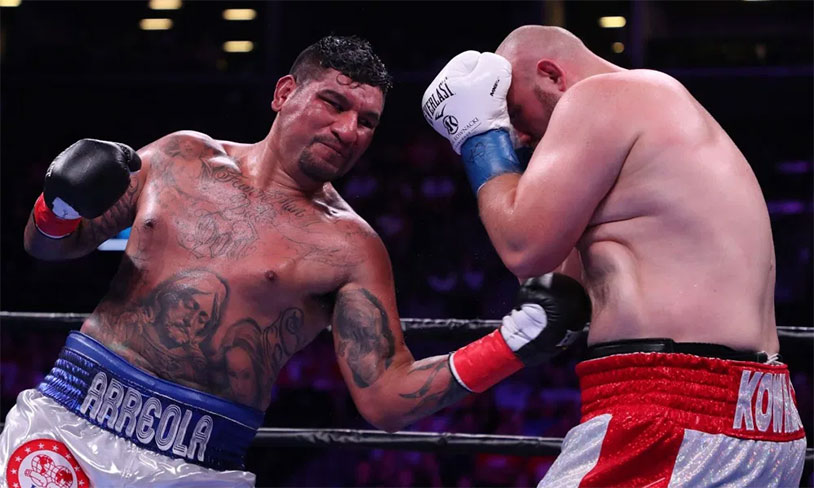 The boxing world is full of colorful characters – being able to hype up a bout with your words is almost as valuable a skill as backing it up in the ring. Perennial heavyweight contender Chris Arreola is trying to build buzz for a fourth shot at the WBC title, and in doing so he talked about his balls a bit, so we decided to cover it.

If you’re not familiar with Cristobal Arreola, the East Los Angeles native began boxing at the age of eight. He had numerous amateur bouts throughout his teens but drifted away from the sport before returning in his 20s. He turned pro in 2003, intending to just see where it took him, and quickly realized his destiny as a top-level competitor.

Arreola is getting ready for a showdown with former unified heavyweight champion Andy Ruiz Jr on May 1st, which will be televised on FOX. He’s doing the media circuit to promote the fight, and in a talk with Premier Boxing Champions, he talked about his strongest assets.

“My biggest asset is my heart and my balls,” Arreola said. “I don’t back up from no one, I come and fight and just give it my all. I just bite on that f*cking mouthpiece and keep coming. That’s what I bring to the table.”

It remains to be seen if those balls and that heart will let him prevail over Ruiz, but we’re always here for somebody giving props to their sack.