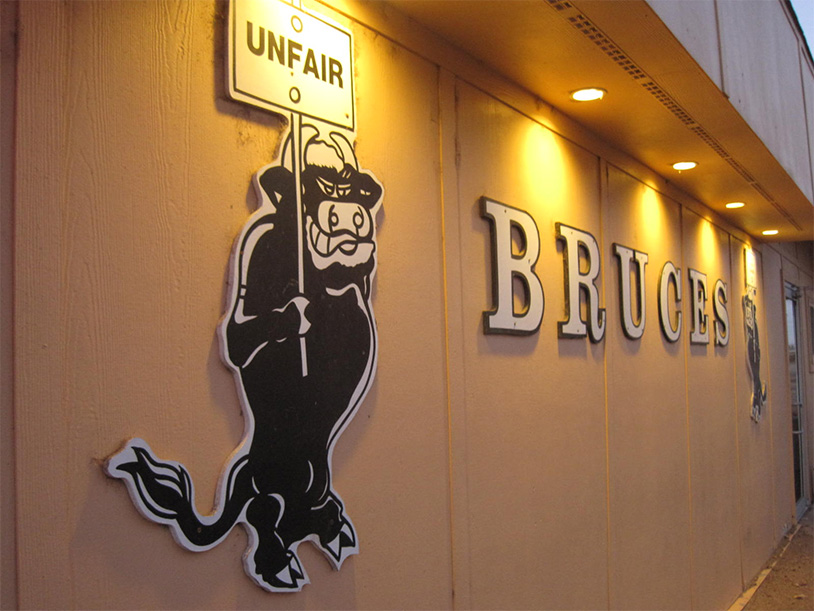 Bull testicles, also known as Rocky Mountain oysters, are a delicacy in certain parts of the country where cattle ranching is plentiful. Colorado natives know that if you want them prepared at their best, you head to Bruce’s Bar in the small town of Severance, which has been serving them up in flabbergasting amounts for decades.

You can call them cowboy caviar, or swinging beef, or tendergroins, but there’s no denying that the patrons of Bruce’s flock there to chow down on the deep-fried bull testicles. The restaurant orders a whopping 48,000 pounds a year, and they go fast.

It’s generally believed that original owner Bruce Ruth started frying and serving bull balls in 1959 after observing that local farmers seemed to enjoy them. Ranchers used to toss the balls on a hot iron after they castrated the animals so as not to let good protein go to waste, and soon enough restaurants started buying the gonads instead.

Now Colorado patrons of Bruce’s show up to take pictures with the hilarious cow caricatures on the wall that protest the cruel and unusual treatment, as well as eat steak, shrimp and other delicacies. Severance has grown from a town of just over 100 people to a popular stop on the map for tourists looking to try a little local specialty.

Read more at The Gazette.