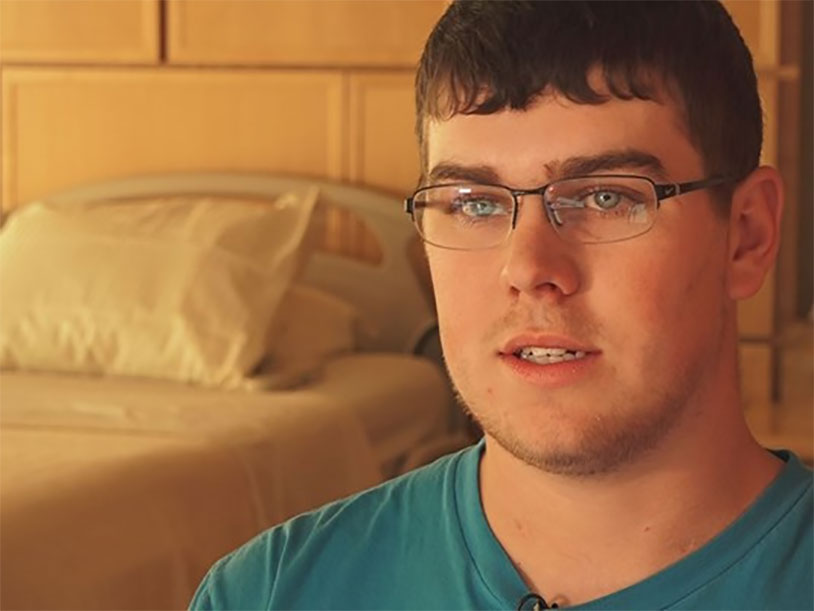 One of the most unsettling things about testicular cancer is that it can strike remarkably young. Case in point: Colorado college student Jeb Schroder, who was only 19 when he got the diagnosis that would change his life. Schroder had testicular cancer, and the disease had already metastasized through his body.

“It’ll spread from the testicle to the abdomen, to the lungs and eventually the brain. When it spreads to your abdomen your back will start to hurt. From there it’ll go to your lungs and you’ll start to cough and cough. And I caught mine in the lungs.”

We recommend regular self-checks to catch any mysterious lumps or shapes early, so this doesn’t happen, but Schroder’s testicular cancer was particularly aggressive. He was flown to University of Colorado Hospital after his 19th birthday and put on a year-long treatment regimen including chemotherapy. He has a strong prognosis for survival despite how far the cancer has spread.

“That’s why we encourage men, at least once a month, when they are in the shower or something, check it out and make sure there’s not anything going on there.”

Damn right. We’ve been preaching the gospel of Check ‘Em for years and we’re not going to stop until every man in America knows his balls like the back of his hand.

9News has more on Schroder’s story.