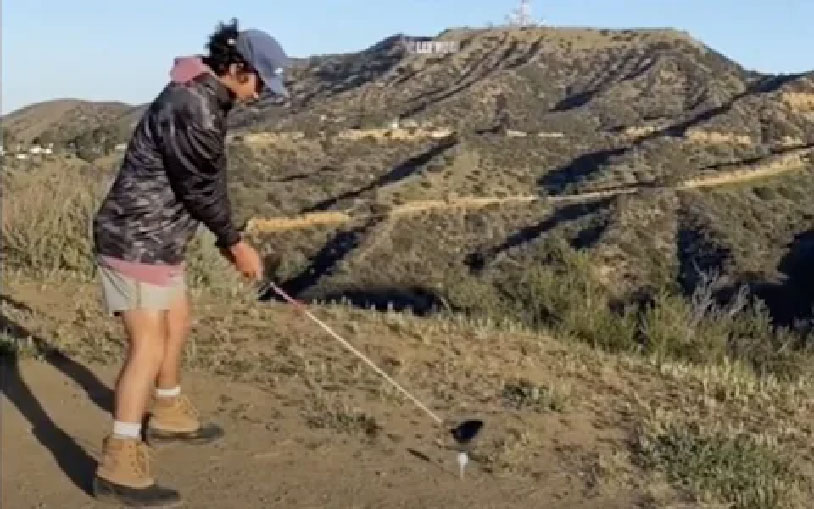 Attention is the essential currency of today’s world, but sometimes it’s the wrong kind. A comedian wanted to make social media waves by hitting a golf ball in all 50 states over the course of a month. An attainable goal, for sure, but his teeing off in Yellowstone National Park has Jake Adams in some serious trouble.

The 29 year old comedian started his 30-day interstate golf quest in his home of Los Angeles on April 1st, where he hit a shot towards the iconic Hollywood sign in Griffith Park. He then hit the road, documenting his mission on social media as he teed off in a variety of locations. But when he got to Yellowstone on day 25, things went horribly wrong.

The shoot went as normal – he set up, thwacked a trio of balls into the park, uploaded the clip to Instagram and continued with his day. But in this case, the comments were notably negative. Yellowstone is a protected space with a delicate ecosystem that’s already on the edge from the massive number of visitors each year. And even though Adams used biodegradable golf balls, the National Park Service was not amused.

They launched an investigation into the act, and if found guilty the comedian could face a $5,000 fine and up to six months in jail. He has retained a lawyer to help him fight the charges, but it’s pretty clearly on video and ignorance of the rules is no alibi. Here’s a video about Jake’s golfing adventure.

Read more at The Forward.