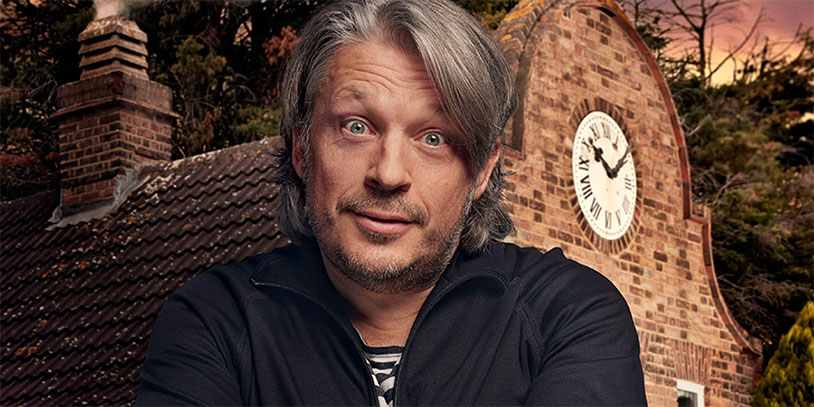 As testicular cancer is the most common form of the disease in young men, we’re always looking for stories to share from people in all walks of life. From across the pond came a fascinating one in the case of comedian Richard Herring, who is the reigning champion on one of our favorite shows, the quirky and hilarious Taskmaster.

If you haven’t watched it, the premise is simple: a devious host assembles a cast of five funny people and has them each put up a personal item. Then they take part in a series of absurd challenges like “paint a picture of a horse while riding a horse” for points. The one with the most points takes home everybody else’s swag at the end of the episode.

Herring came out the winner of Taskmaster‘s tenth season in 2020, but he’s had a long and storied comedy career before then, blazing new trails in podcasting and performance as well as writing multiple plays. He was diagnosed with testicular cancer in February, and quickly scheduled for surgery at Stevenage’s Lister Hospital. The operation went well and he is now working to both raise funds for the facility as well as awareness of the disease.

He wrote on his blog “The danger from testicular cancer comes from ignoring it or not noticing it in the first place, so thank God I only delayed by a few days before getting in touch with my GP, and thank God he still sent me to be scanned even though he was fairly certain it was nothing to worry about.

“I don’t know how long the cancer had been secretly creeping deep inside, or if I missed the chance to spot this earlier, but luckily it doesn’t seem like that has put me in any more jeopardy.”

Herring will be undergoing precautionary chemotherapy as well to ensure that any stray cancer cells do not spread.

Read more at The Comet.