Why Has This Copper Balls Kickstarter Raised Over $100,000? 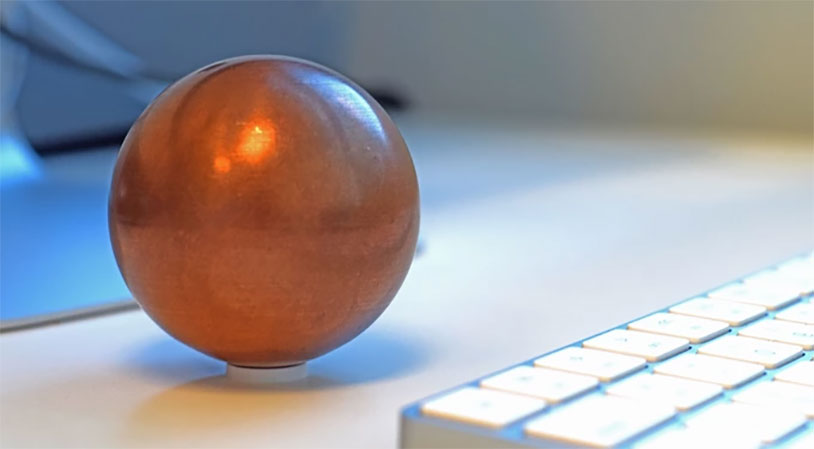 Kickstarter is a funny place. On one hand, it’s a way for innovators and creatives to bring their products to market without sacrificing any intellectual property rights, and some truly amazing things have happened as a result. On the other hand, it’s a spectacular way to separate nerds and their money.

The campaign for Oligodynamic Copper Trance Spheres is a great example of the latter. There have been a number of Kickstarter campaigns for similar products – cubes of aerospace-grade tungsten, for example – that have done well. But the Trance Sphere is on a whole new level of goofiness, in our opinion.

If you’re reading this site, you know that we love balls in all their forms. But we just can’t see shelling out $119 for a copper ball. The pitch is that the spheres are “oligodynamic,” meaning that they eliminate germs on contact. Copper’s oligodynamic properties are well-documented, but it’s primarily used as part of a compound to eliminate algae. The idea that this ball will prevent you from getting sick or needing to wash your hands is pretty silly.

So what is it about this Kickstarter project that is so attractive to (at press time) 1,211 people? It’s hard to say. Project creator Rudy Marsh has his own ideas:

“Many years ago, my father melted down a ½ pound spool of leftover copper wire. For no particular reason other than it seemed like a really cool thing to do. I remember thinking how attractive the resulting ball of copper was. I was drawn to it. It was particularly satisfying to roll it around on my hands. Maybe I had a copper deficiency and my body was trying to absorb it? I don’t know, but it seemed like everyone enjoyed holding it.”

We’re not going to judge anyone for spending their money on a big lump of metal. It’s a free country. But that cash could be going to something that actually makes a difference in people’s lives. It’s your call.