Corn Dogs With Balls Are The Hit Of SF Pride 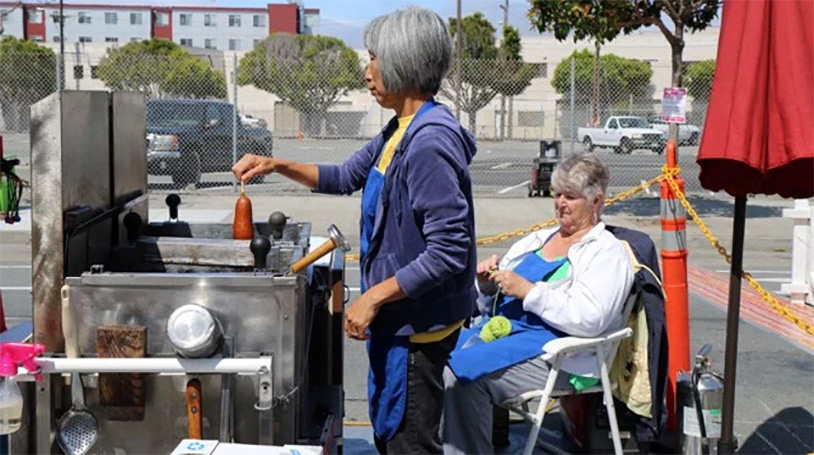 San Francisco’s Pride festival is one of the biggest events on the gay calendar, when the residents of one of America’s most notoriously free-wheeling city hit the streets to celebrate alternative lifestyles in all their glory. It’s also a chance for local vendors to make a hell of a lot of money, and Aunt Betty’s Corn Dogs hit upon a clever way to do so before being shut down by the cops.

That is, until the SFPD had to shut the stand down.

SFGate has the rundown on the situation, making sure to note that Aunt Betty’s wasn’t closed down because of the phallic corn dogs but rather because the vendor placed a sun umbrella in too close proximity to their fryer.

What do you think? Would you eat a corn dog with balls attached, or does your love for testicles stop where your mouth begins?