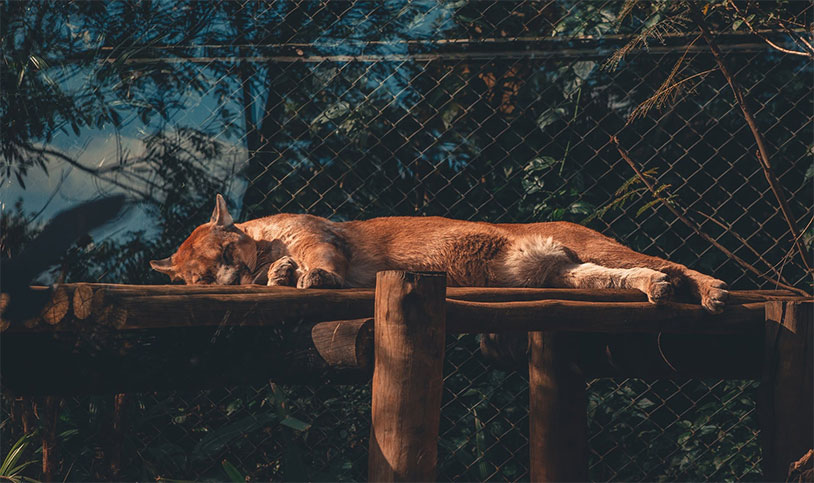 Evolution isn’t a finished process – it’s going on all around us, as our environment shapes living things into new forms in response to pollution, climate change and other factors. One animal that’s showing some unwanted effects of mutation is the California cougar, and scientists worry that the noble beast might not be long for this planet.

A group of biologists sampled the cougar population in the Santa Monica Mountains and noted that the animals displayed a startlingly low level of biodiversity. What this means is that the mating groups are more likely to be closely related, limiting the potential genetic factors that can be passed on to new generations. When that happens, it’s more likely to trigger physical defects.

The population in the mountains consists of just under 24 animals. Males that were observed exhibited symptoms of genetic problems, including undescended testicles and L-shaped tails. Once those traits are introduced into the population, they require additional breeding stock to mate them out. But because there are so few of these animals left, that may not be a possibility.

What can be done to prevent these mutations and save the cougar? Conservationists are pushing for an overpass to be built to enable far-off animal populations to meet and interbreed, which could stave off problems for a while. But a long-term solution to keep the animals protected from traffic and human intervention would have to happen sooner or later.