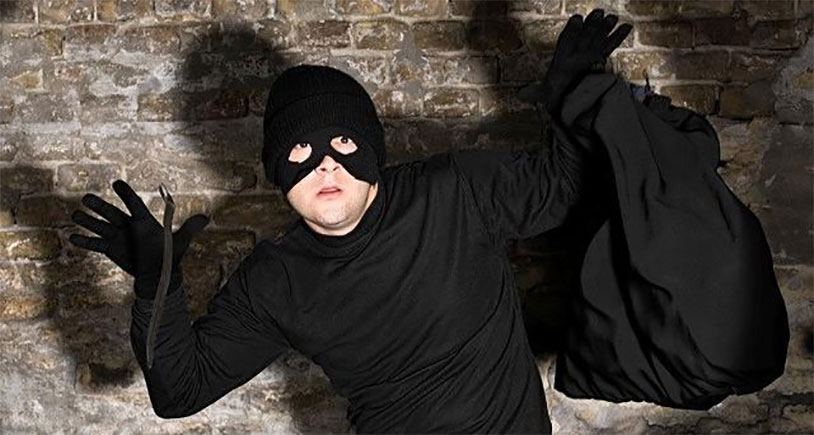 Criminals go to all ends to keep their ill-gotten gains hidden, but one crook in Montgomery County, Pennsylvania took things to a whole new level. It all started when Maxim Valdes-Tanon and Alfredo Hernandez-Encarnacio walked into the Kohl’s on Welsh Road and opened a credit card using a stolen driver’s license. The men proceeded to rack up a cool thousand dollars in charges, including two flat screen TVs and an Apple Watch. Luckily, store loss prevention thought they looked suspicious and called the cops, who questioned the men.

Unsurprisingly, their alibi fell apart pretty quick, especially when it was found that the car they drove to the store in was also stolen. The pair was searched and police discovered that in addition to the purchases they’d stolen Valentine’s day cards and jewelry. Both dudes were taken into custody, and typically that’s where a story like this would end.

However, Valdes-Tanon was no ordinary crook. In the holding cell, he reached underneath his nutsack and pulled out even more stolen property – this time a box containing earrings and other jewelry. How he had the time to secrete those while all the other stuff was going on is a complete mystery.

The Reporter Online has the rundown of the whole sordid story.