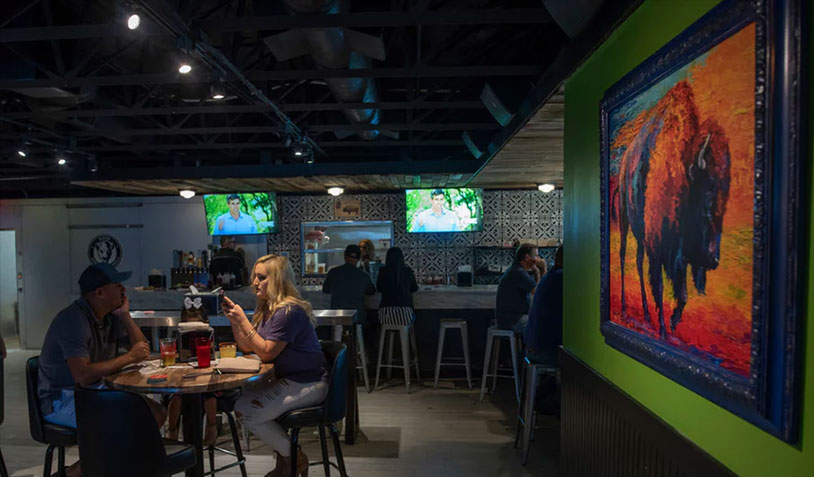 Bull testicles – or “Rocky Mountain oysters,” if you’re snobby – have been a particularly American delicacy ever since the dawn of cattle ranching in this great nation. But if you’ve ever had them, you’ll know they’re pretty flavorful and filling. Now a Dallas, Texas restaurant is putting a half-dozen of them on the menu as a challenge for their most ambitious customers.

The place is called the Bison Bar and Grill on Ross Avenue, and it’s a high-end version of a classic dive, serving stiff drinks to heavy metal music and serving a menu of meat-centric dishes. Of note to us is the Rocky Mountain oyster challenge, a test of bravery where the diner must down six bull testicles at breakneck speed.

It’s not just the balls on their own, though – they’re liberally doused in what the restaurant calls “F.U. sauce,” redolent with Carolina Reaper and ghost chili peppers. And you’ve only got four minutes to down six testicles to get your name on the Wall of Fame.

If you’re in Dallas, stop in at Bison Bar and Grill. Even if you don’t take the Rocky Mountain oyster challenge, you can still knock back a beer, chow on some onion rings and watch the daring attempt to get through a plate of nuts. Real ball fanatics will shell out for the bar’s $32 Bloody Mary, which comes garnished with a bull testicle of its own.

Read more at the Dallas Observer.