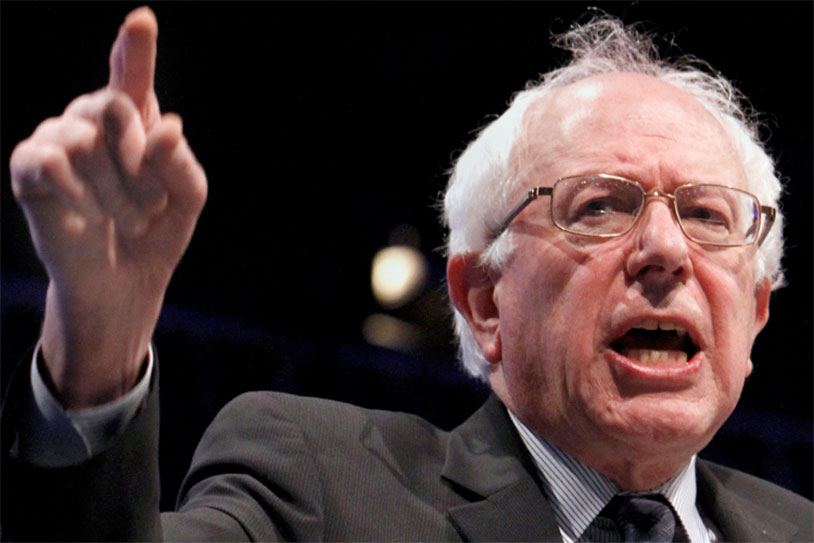 Although much of the hubbub around fictional Presidential candidate Deez Nuts (aka 15 year old Brady Olson, a rural Iowa high school sophomore) has pretty much died down, he still has some things to say about our political process.

In a Facebook post, Mr. Nuts threw his support for the Democratic nomination behind Vermont Senator Bernie Sanders, widely perceived as the dark horse candidate next to former Secretary of State Hilary Clinton. Just to clarify, that doesn’t mean that Deez Nuts is dropping out of the race, and he still hopes to have his name included in polls so he can laugh about how hard he beats third-shelf Republican politicians like Chris Christie. He’s just saying that, of the Democratic field, Sanders is where it’s at.

In These Times asked Nuts about why he chose Bernie Sanders, to which he replied “Because he almost completely agrees on me with social issues and even some on fiscal issues.” Olson’s real political leanings tend towards the libertarian, so it’s somewhat surprising to hear him embrace Sanders, who critics have tarred in recent weeks with the dreaded brush of socialism.

Nuts doesn’t actually think his endorsement will make much of a difference on the election at large, but who knows? Deez Nuts could be the tipping point in the 2016 election and our grandchildren could be reading about it in history books. Stranger things have happened.