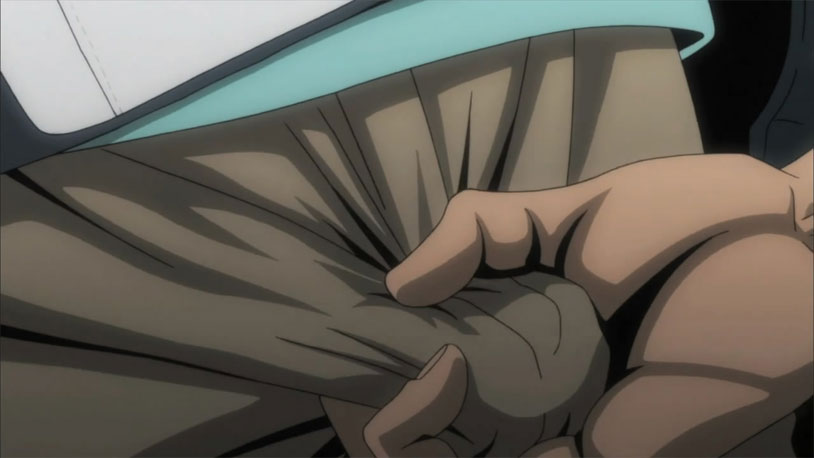 Normally, we would look askance at anybody using the scrotum as a weapon, but in the case of a Multnomah County corrections deputy in Oregon, we’re going to write this one off as justified. When the call came in to the downtown Portland jail that a “combative inmate” was coming in for transfer and some extra manpower would be required, the staff on call didn’t know just how much manpower they were talking.

The prisoner, a 36 year old man named Richard Ryan Hanley brought in on charges of assault for attacking his ex-girlfriend and another man with a chain, didn’t take kindly to being searched at the intake desk. He grabbed one of the four deputies restraining him, a woman named Jennifer Keating, by the hair and started pulling with all his force.

The other officers tried to make him relinquish his grip using non-lethal methods, according to Oregon Live, but nothing worked. Finally, it was time for Keating to take matters into her own hands – literally. She reached over with her right hand and grabbed his balls with a vice grip, squeezing as hard as she could. Simultaneously, one of her fellow officers gave Hanley a jolt with a Taser in his back. The combined pain made him finally let go and slump to the floor.

Hanley was taken into custody and given an additional charge of assaulting a police officer. He pled “not guilty” yesterday, but the evidence – clumps of Keating’s hair – clearly prove his guilt, and it’s more than likely he’ll spend some time in prison. Hopefully after his balls recover he’ll get the message and go on the straight and narrow.