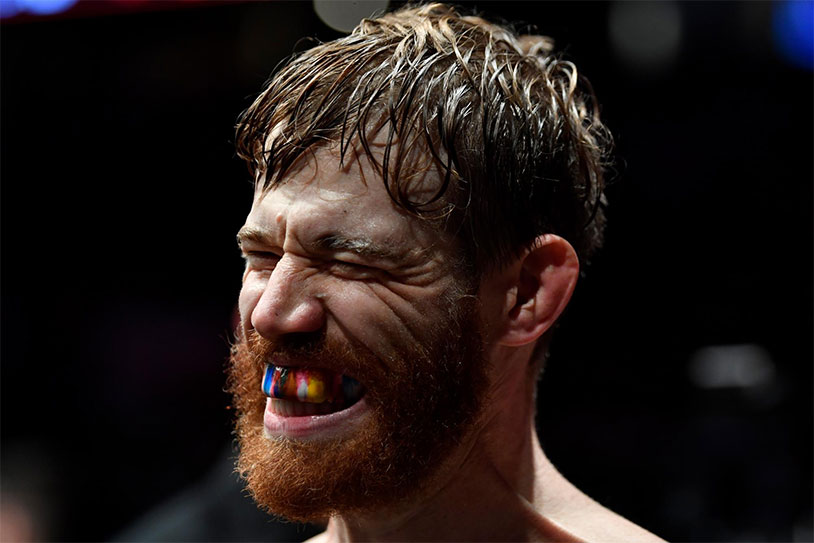 A few years back, we posted about Devin Powell, the UFC fighter who had to pull out of upcoming fights after suffering a particularly gruesome testicular injury while sparring with teammate Joe Lauzon. Powell didn’t take the injury quite as seriously as he should have, claiming that he tried to “sleep it off.”

Powell made a return to the UFC a few months later, but he lost his next two fights and was released from the promotion in 2018. He subsequently signed with Bellator and won his first fight there. Now he’s doing the press circuit and trying to build buzz, and part of that involves talking about his ball-busted past.

Devin Powell is a colorful character and we hope that the second act of his MMA career brings him more success.