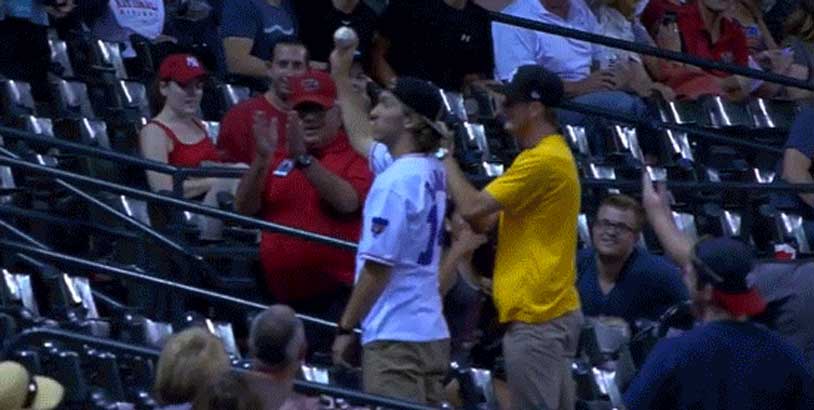 Here’s one for the record books. When you’re in the stands at a baseball game, you’re lucky to catch a ball that comes your way and take it home for a souvenir. You’re doubly lucky to catch two in a single game. But how lucky do you have to be to catch two balls in the same at-bat? Ask this Arizona Diamondbacks fan who took home a pair of balls from Monday’s game against the Nationals.

The fan, Brandt Bils, got under a pair of high fouls in the ninth off of Nationals shortstop Ian Desmond in the ninth inning. The stands weren’t too crowded (probably because by the second inning, the Diamondbacks were down 10-0), so Bils could easily scramble for them without running people over. Even cooler, he gave both of the game balls to some young kids. That’s pure class.

Aside from the catch, it wasn’t a great night for the Diamondbacks, as they got walloped 11-1. Bils, on the other hand, saw himself on SportsCenter and is already getting a lot of social media attention for his feat.