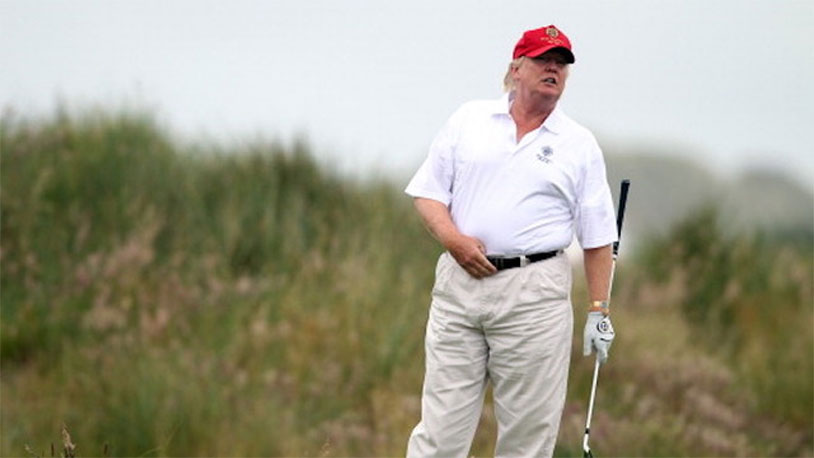 Donald Trump is a man who loves golf above nearly anything else, but a recent book about the President’s golf habits gives us a little more insight into how the sport reflects his personality.

The book is called Commander In Cheat, written by journalist Rick Reilly. He traveled the world reaching out to golfers, caddies, club staff and more to collect stories of Trump’s performance and behavior on the links. Neither of those were very good!

There are dozens of stories of Trump cheating like crazy, moving balls and not counting strokes in order to seem competitive, but the most interesting comes courtesy of financier Ted Virtue:

[Virtue] was playing with his kid, who I think is 10 or 11 years old. He [Trump] sees Ted on the 12th hole and decides to drive his cart over there. He tells Ted: Congrats on winning the club championship, but you didn’t really win it because I was out of town.

Ted tries to laugh it off, but Trump is dead serious. Trump says, “We’re going to play these last six holes for the championship.” And Ted’s like, “I’m playing with my son, but thanks anyway.” But Trump says, “No, your son can play too.” So they end up playing.

They get to a hole with a big pond on it. Both Ted and his son hit the ball on the green, and Trump hits his in the water. By the time they get to the hole, Trump is lining up the kid’s ball. Only now it’s his ball and the caddie has switched it. The kid’s like, “Daddy, that’s my ball.”

Trump makes that putt, wins one up, and declares himself the club champion.

Very classy and normal thing to do, Mr. President.