Did These Marines Draw A Dick And Balls With Their Plane? 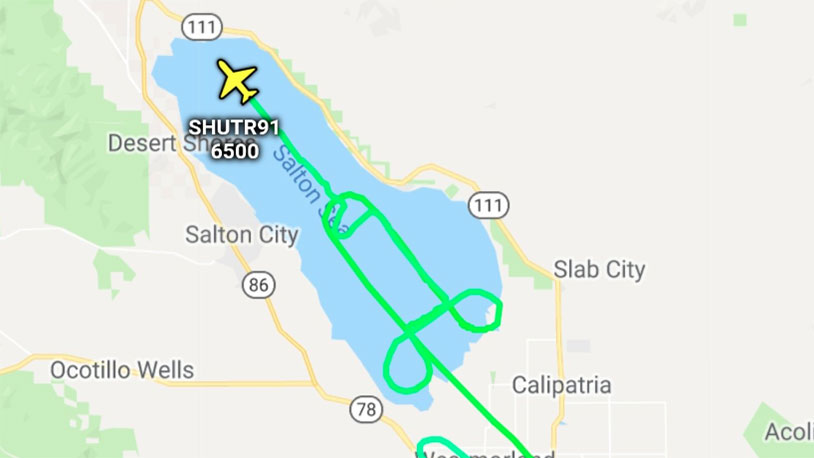 We would never think to disparage the brave men and women of the United States military on this web site, but we have to take a second and ask the Marines in this story exactly what they were thinking. After a Twitter account called “Aircraft Spots” posted an unusual looking flight plan over California’s Salton Sea, the race was on to figure out exactly who used taxpayer money to draw male genitalia on a GPS tracker.

The flight launched from Marine Corps Air Station Miramar in San Diego, and after an internal investigation the Marines have grounded the two pilots responsible as they figure out what to do with them. Don’t think they’re getting off easy, though, as the unnamed soldiers from the 3rd Marine Aircraft Wing are on desk and support duty and probably getting razzed hard by their fellow leathernecks. This is far from the first time that the military has gotten in trouble for a prank like this – in 2017, the Navy faced criticism when a pilot did similar over Washington.

While one could argue that taking a slight detour on your flight path to make a joke is mostly harmless, these planes aren’t cheap to keep in the air and every penny spent on fuel could go to keeping our country and the world safer.