Do You Want A Football With A Speaker In It? 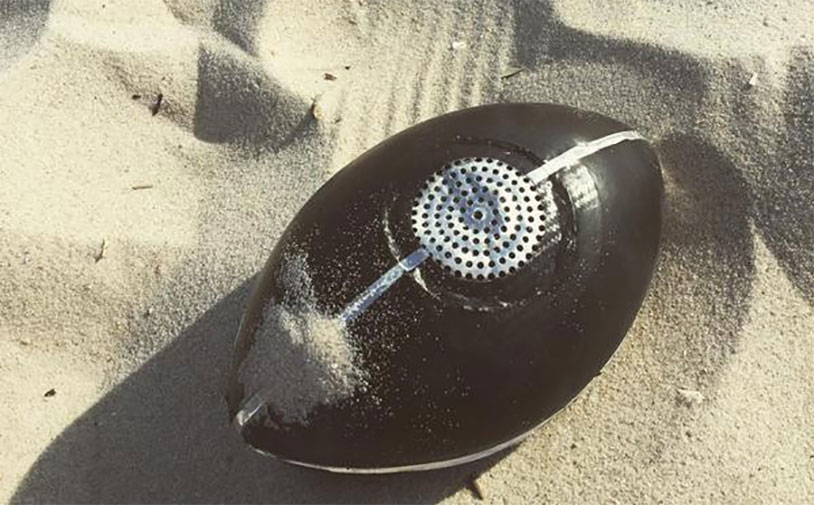 We keep a close eye on Kickstarter for anything ball-related, and while many of the projects on the popular crowdfunding site don’t have a chance in hell of being completed, the BRO Ball might be an outlier. The concept is simple: it’s a football with a Bluetooth speaker in it, so you can jam out while you play the game.

Yes, it’s ridiculous, but it’s also kind of brilliant. We expect to be able to listen to summer jams pretty much everywhere in the world, but you can’t play football (touch or tackle) with earbuds in. Making the source of the music be the ball is a genius solution. In addition to providing the perfect soundtrack to your best plays, the BRO Ball also lets you use your ears to find the ball on the field.

This isn’t some cheap piece of kit, either – Invincible Audio is sparing no expense to ensure that the BRO Ball is durable. It floats on water, but can be submerged without significant damage. It’s also resistant to dirt and sand, which is a good thing. The speaker charges through an included USB port, and you can also use its internal battery to charge your phone or other devices. It even has glow-in-the-dark piping for night games.

The Bluetooth connection that the ball works with is powerful enough to carry a signal as far as 50 feet from your phone or stereo – the team tested it by throwing it off the balcony of a 7 story building, where it continued to play uninterruptedly before hitting the sidewalk. They have a patent on the design and technology, so Invincible Audio seems to be taking the project pretty seriously.

So what do you think? Is the BRO Ball the must-have accessory for your next barbecue or frat reunion?

Back the BRO Ball here.