Doctor Cuts Off Man’s Testicle And Tells Him It Shrunk 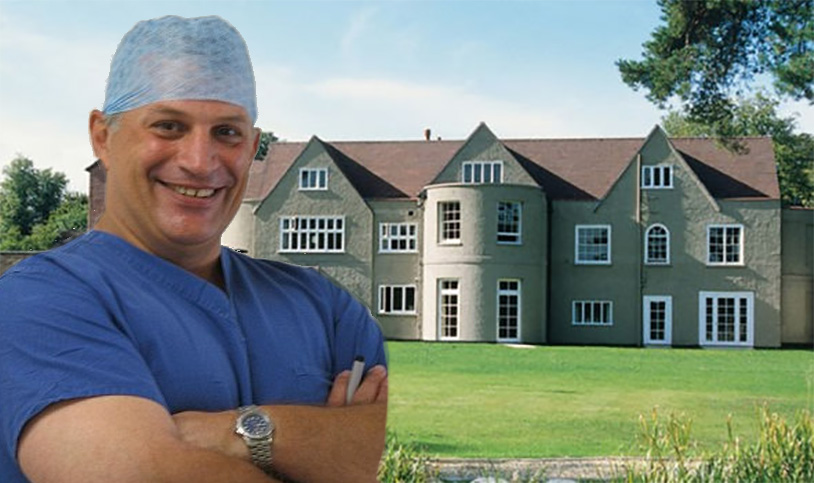 Ready for a nightmare scenario? In April of 2014, an unnamed patient checked into the Chiltern Hospital, a private facility in Great Missendon, Buckinghamshire to have a cyst removed on his right testicle, as well as a laparoscopic repair of a bilateral hernia. Both of those are fairly routine operations – unless Marwan Farouk is your doctor.

The patient alleges that Doctor Farouk not only removed the cyst, but actually cut off his whole right ball. This is a grievous insult to any patient and a serious act of malpractice. After the man woke up, Doctor Farouk didn’t come clean with him, instead telling him that his testicle was smaller as a result of the surgery and would still function as normal.

The Express has the full story, and it’s just as grim as what we’ve laid out above. In addition to not telling his victim about the testicle removal, Farouk even neglected to inform the patient’s general practitioner. When the surgical error was discovered, a lawsuit was immediately filed. Farouk is currently barred from performing any testicular surgery, and could face more extreme sanctions if he loses the suit.

It’s not the first time Dr. Farouk has been in trouble with the law. In 2011, he was given a police caution as a result of “assault causing actual bodily harm” and didn’t report it to the General Medical Council, Britain’s governing body for those issues.

Here’s hoping for swift justice to come for our unnamed victim. For a doctor to abuse the trust we put in them is absolutely inexcusable, and the fact that a man is a ball lighter because of it really grinds our gears.