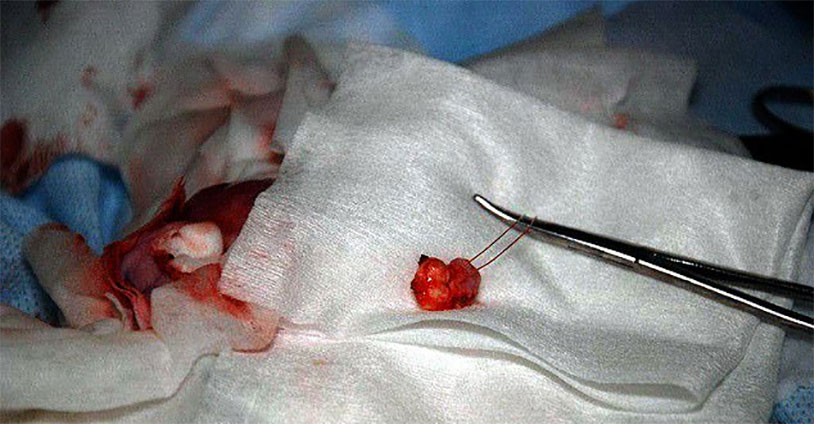 In our work here at the Ball Report, we’ve seen testicles turn up in a number of unusual places. But this latest story from Russia turns all that on its ear by showing us a missing tooth showing up inside a testicle. It’s kind of freaking us out.

It all started when the young man, who will remain unnamed because he is a minor, complained about pain in his groin. A physical examination revealed a hard growth in his scrotum and surgery was indicated. They did a scan and couldn’t identify the substance. At first glance, it appeared to be renal gravel, a material that builds up inside of the kidneys. But that wasn’t often seen in reproductive organs. So the medical team opened up his ballsack to find something even more bizarre: part of a jawbone and a molar that was missing from his mouth.

The patient had a rare teratoid tumor that formed before birth due to a stem cell failure, causing the boy’s baby molar to not form in his jaw but rather in the groin. Surgeons have extracted teeth that mistakenly grew in lung tissue before, but inside a testicle was a completely new event in the annals of medical science. The boy is expected to make a full recovery and have no loss to future fertility.