Does Harvey Weinstein Only Have One Testicle? 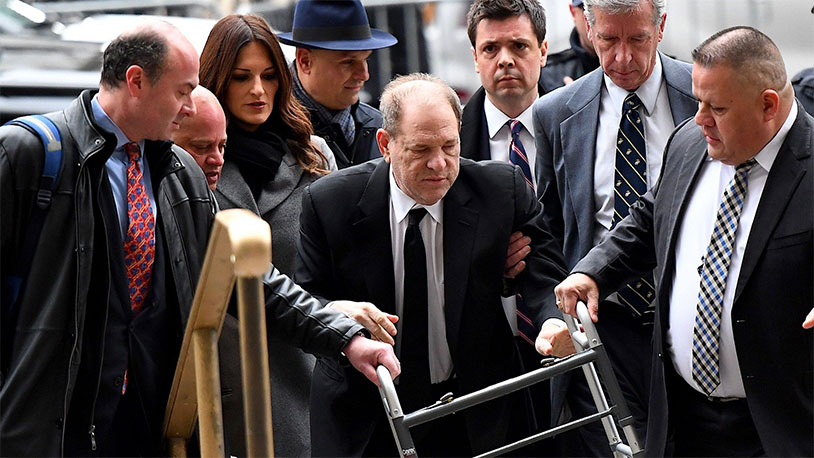 Perhaps the most disturbing avatar of the #MeToo movement that looks to expose cases of sexual abuse and power dynamics is Harvey Weinstein, the Miramax founder and Hollywood superproducer who has a massive slate of hit films to his credit. Rumors of Harvey behaving badly with actresses have circulated in the industry for years, but it wasn’t until recently that enough people spoke out for something to happen about it.

Dozens of women have spoken out and accused the producer of sexual misconduct, including actresses Kate Beckinsale, Rosanna Arquette and Asia Argento. The producer allegedly used his power to blackball female talent who would not consent to his sexual depredations. Weinstein is currently on trial for the rape of Jessica Mann, a former aspiring actress who had a long-term relationship with Weinstein. She accuses him of having forced himself upon her in a New York hotel room.

The jury in that case was shown graphic photographs of Harvey Weinstein in the nude to determine how well they match up with the testimony given by the alleged victim. Those photos were, as described by witnesses and emulated by the courtroom sketch artist, a little uncomfortable. In the words of Mann, “He does not have testicles, and it appears that he has a vagina.” Weinstein also was deformed with significant scarring.