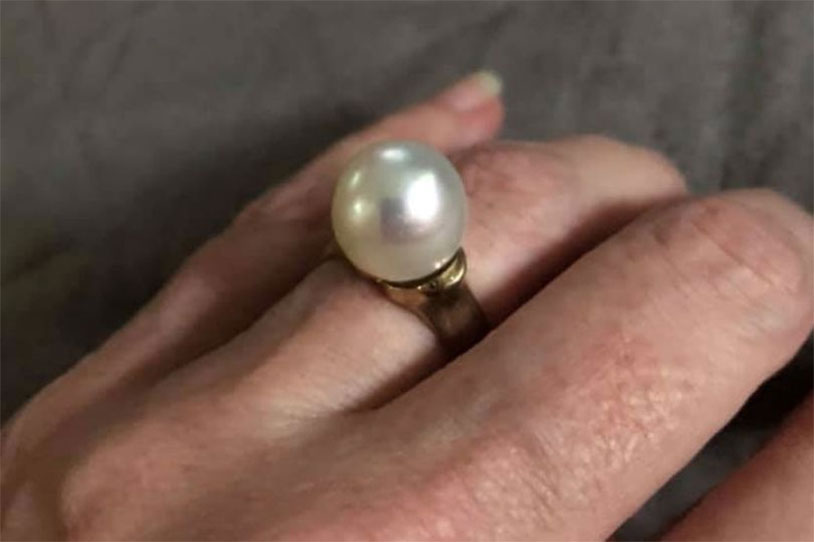 Picking out an engagement ring can be one of the most stressful times in a young man’s life. Take it from us – we were totally lost when the time came to propose to our sweetie, and we agonized for weeks about budget, stones and settings. Women will of course say it’s no big deal, and anything we give them is fine if it comes from the heart. But we know that’s a lie, as Facebook group “That’s It, I’m Ring Shaming” shows.

That group exists for one reason only: to let people post awful examples of engagement rings and roast them mercilessly. How is this relevant to our interests at the Ball Report? Simple: a woman posted a shot of the massive pearl ring her fiance got her and the universal response was how much the damn thing looked like a testicle.

The honking big pearl engagement ring was given to a her by her ex an their 10th anniversary. She wrote “I asked for a Paspaley pearl ring so he buys the most oversized ugly thing I’ve ever seen. I wore it maybe three times because of it’s godawful pathetic setting it gets knocked out of the band every time.”

The couple has since split up.