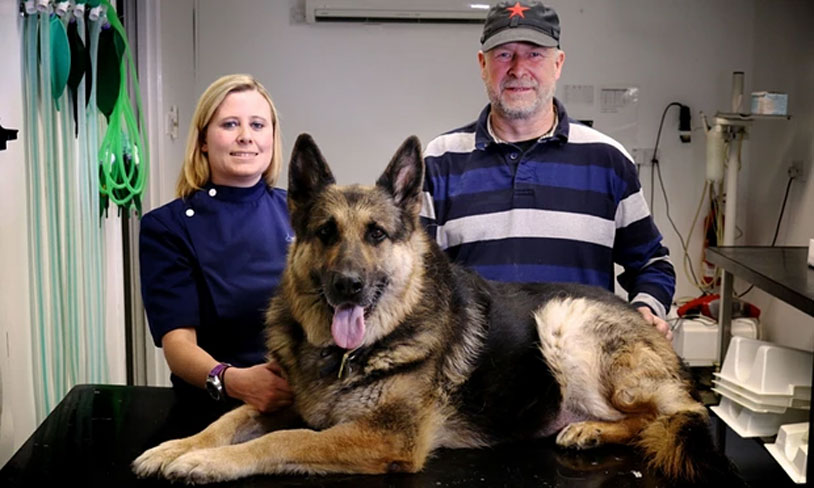 Dogs are man’s best friend, but they’re not necessarily the smartest creatures on Earth. Their love for chewing unlikely objects is well-documented, and it can get you in trouble. Here’s a story about a lovely German Shepherd that found that out the hard way.

Meet Murphy. The seven year old rescue Alsatian lives with his owner, David Larson, in the town of Jarrow. The pair have been inseparable since first meeting, so when Murphy started to act weird after eating a bone, Larson knew something was wrong. He took them to Westway Veterinary Group in Newcastle for X-rays and discovered a mysterious obstruction in his stomach.

They couldn’t identify the composition of the blockage, so the vets recommended surgery to remove it. After they cut Murphy open, they found something shocking – a half-dozen golf balls. When the dog swallowed the bone, the debris in his gut interacted with them to give him severe abdominal distress. After they were removed, Murphy enjoyed a complete recovery.

The golf ball thing was especially perplexing for Larson, who said that he hadn’t walked his dog by a golf course ever in the 18 months that he’d owned him. They’d obviously been in the animal’s stomach for quite a long time. Many vets recommend keeping a basket muzzle on your dogs when they’re walking or unsupervised to prevent them from eating things they shouldn’t.