Dog Mistakes Buoy For Ball And Gets In Trouble 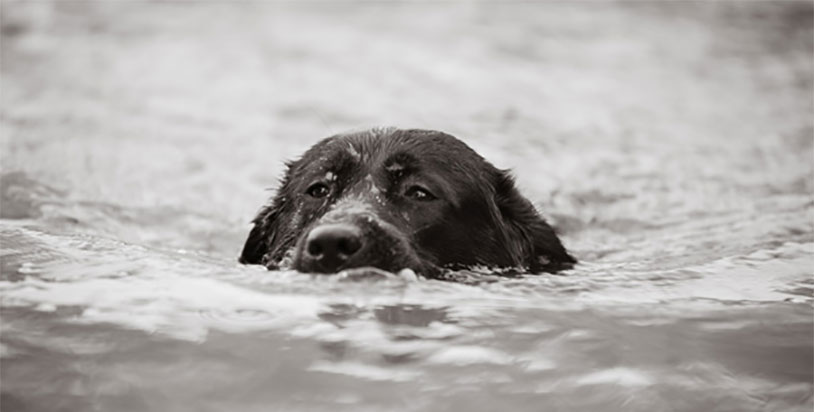 If there’s one thing we know about dogs, it’s that they love balls. And they’ll do just about anything to get one. But for a hound in northern Wales, that obsession became dangerous when it mistook a buoy in the ocean for one and swam out way past its comfort zone.

ITV has the whole story on the unlucky hound, but here’s the gist. A dog named Ollie and his owner were out walking on a beach locally known as Rocky Coast when the pooch saw what he thought was a big orange ball in the water.

It was actually a buoy attached to the top of a lobster pot, put there by local fishermen. The optical illusion was enough to befuddle the poor confused pet into swimming all the way out to it. Once there, Ollie soon realized that he couldn’t fit the entire thing in his mouth and attempted to turn around. Unfortunately, the dog’s collar and harness got tangled in the buoy’s rigging.

Thankfully, Ollie’s owner was able to contact the volunteer lifeboat crew at nearby Holyhead RNLI station, and they rowed out to free the dog after about 20 minutes. They got to him just in time, as the exhausted animal was having a tough time keeping his head above water.

Let that be a lesson to you, Ollie, and all dogs around the world: if a ball looks too big to be true, it probably is.