Why Do Dog Show Judges Touch Their Balls? 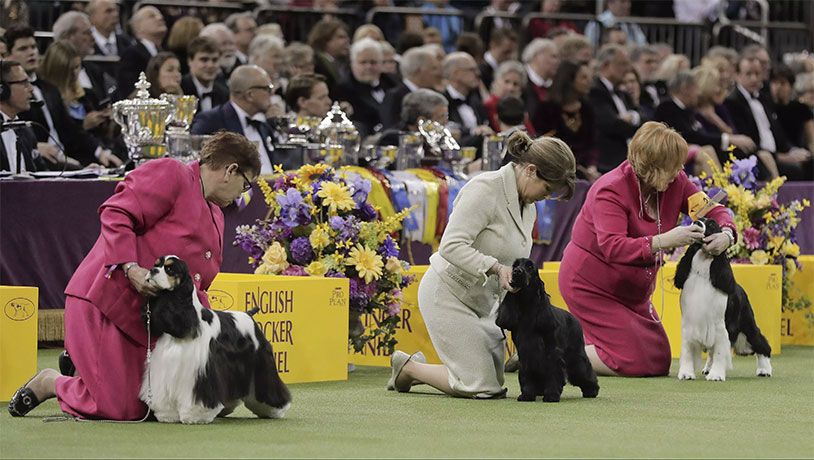 Dog shows are dramatic and ridiculous events, as anybody who’s seen hilarious mockumentary Best In Show can tell you. But one question that’s always dogged us (no pun intended) is why do dog show judges take a second to give the canine’s testicles a quick feel? We’re all about paying attention to the twins here at the Ball Report, but is it really that meaningful in terms of dog display?

Apparently so, according to a recent article. Following the kerfluffle from family film Show Dogs (about a talking police dog who infiltrates the Westminster circuit) having to have a pair of scenes involving ball touching removed, an intrepid reporter decided to delve deep into exactly what is going on when the nuts get cupped.

After checking out the animal’s gait and posture, part of the breed evaluation involves an up-close physical that starts at the head and for male dog ends at the nutsack. American Kennel Club rules dictate that any boy dog that doesn’t have two descended testicles is automatically disqualified, so those balls can mean the whole shebang for a contender. One would think they could conduct this examination visually, but apparently only the human touch will work.