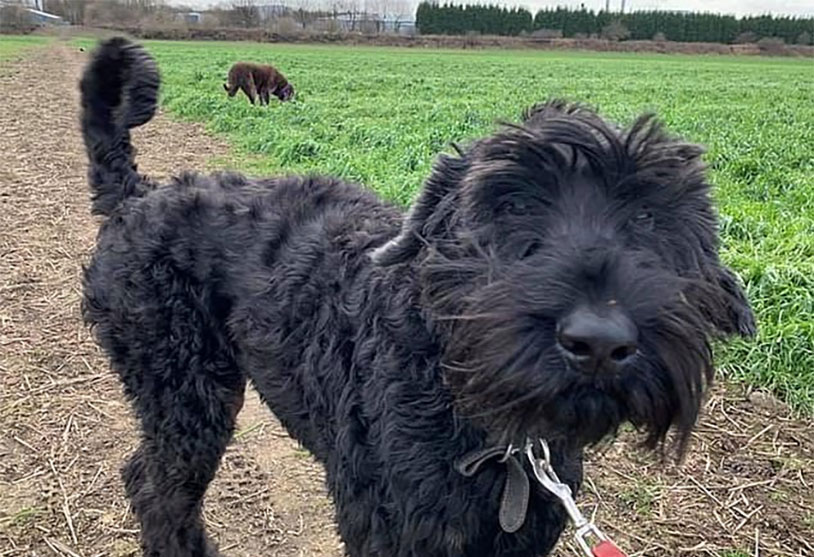 Alfie is a giant schnauzer with a hell of an appetite. After the massive dog swallowed 26 golf balls as well as a number of other indigestible items, his owner was left with a vet bill clocking in at $3120.

50-year-old Neil Taylor regularly walks Alfie through a golf course near their home, but that perambulation will probably come to a halt after the big dog’s most recent visit to the veterinarian. The ten-year-old schnauzer started acting weird one day and horked up four golf balls in Taylor’s back garden. His demeanor didn’t improve, so the man took his pet to an animal doctor.

Once they arrived, the vet palpitated Alfie’s abdomen and determined that there was more stuff cluttering it up. He then X-rayed the animal and discovered fifteen more balls in there. The only solution was to operate on the poor pooch, and when his stomach was cut open six additional balls turned up, bringing the total to twenty-six. The dog had also swallowed some rubber gloves, chunks of wood and a ball of string.

Obviously Taylor was willing to pay whatever it took to get his pet back to health, but the vet bill still came as quite the shock. He’s not sure if insurance will pay for the surgery, but he told the media “I’m not too bothered. If it means I get to keep my dog then I’m still a happy man.”