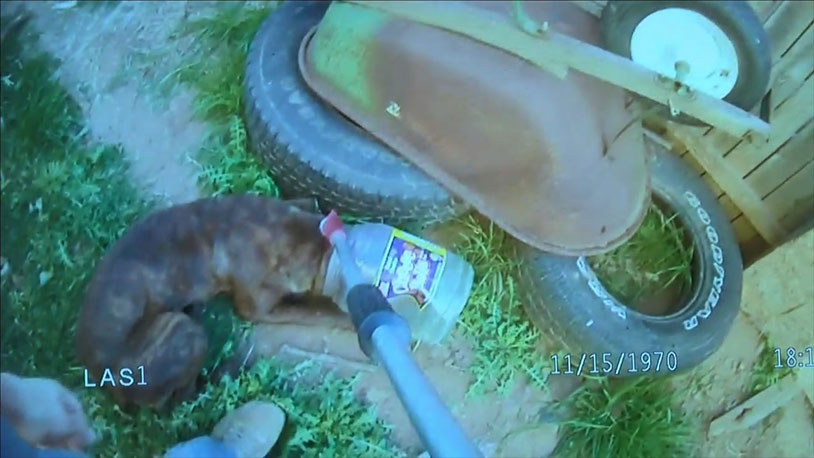 Oh, dogs. Is there any trouble they won’t get into? This latest tale of a hound in a pickle is relevant to us here at the Ball Report because of the bait that led it into temptation: a bucket of cheese balls.

The report comes from Lubbock, Texas, where Animal Services took a dog into custody with its head wedged into a plastic bucket that once contained cheese balls. The animal had been seen wandering the streets for days, and the vets who examined it estimated that the container had been stuck on the dog’s dome for a week.

In that time, the dog had become something of a social media sensation. Officer Pete Ortiz told press “We had gotten a phone call and seen some Facebook posts of this dog just walking around and jumping from backyard to backyard with a bucket on its head.” As amusing as the pet’s plight was, it was also in danger: unable to eat or drink, in a matter of days the dog would have succumbed to dehydration.

Thankfully, Officer Ortiz captured the animal on Sunday and was able to cut off the bucket and free him. The dog, which officers named Cheezy, is now up for adoption.