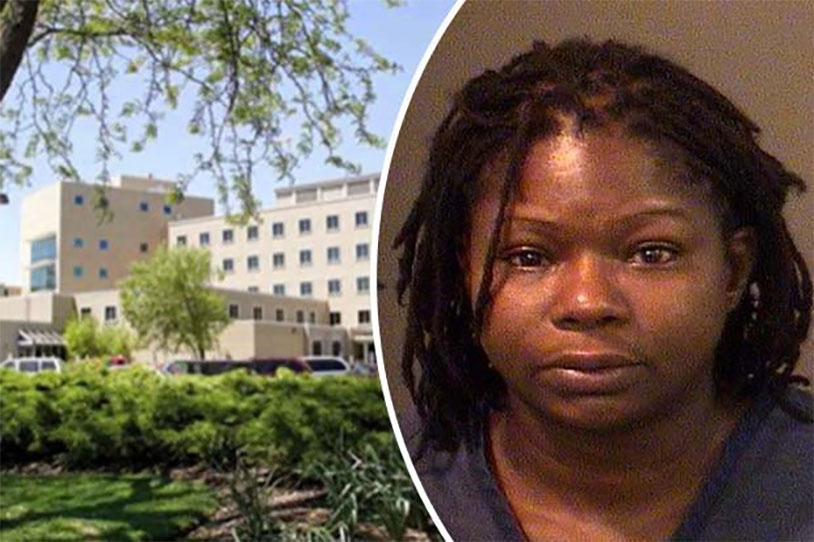 It pains us to report on stories of men losing testicles through violent means, but our remit to cover all ball-related news means we must soldier on. This latest story involves a domestic dispute in Michigan City, Indiana and the terrifying aftermath.

Police were called last Thursday to a home in the small town on the south shore of Lake Michigan, across the state line from Chicago. A neighbor had heard Tara Pegues arguing with her live-in boyfriend, a 38 year old man who was not named in the police report. When the officers arrived on the scene, they heard raised voices from inside and knocked.

The man answered the door and told officers that everything was fine. However, that soon proved false as he reached down to pick an object off the ground, then curled up into a ball. The object was one of his testicles, which had fallen out of his cut open scrotum. Needless to say, the cops then intervened and arrested Pegues for Level 6 felony domestic battery, Level 3 felony aggravated battery and misdemeanor resisting law enforcement.

The man was rushed to Franciscan Health for treatment and told police “she ‘snapped’ on him and he attempted to leave but she refused to allow him to leave… When he got to the front door, she grabbed his testicles, causing one of his testicles to become detached from his body.” They were unable to find a knife or other object that could have cut his scrotum open on the scene, and the man claims she didn’t use a weapon. That means her fingernails were long and sharp enough to pierce his ballsack, which is pretty scary.

The Herald Argus has more on the terrifying tale.