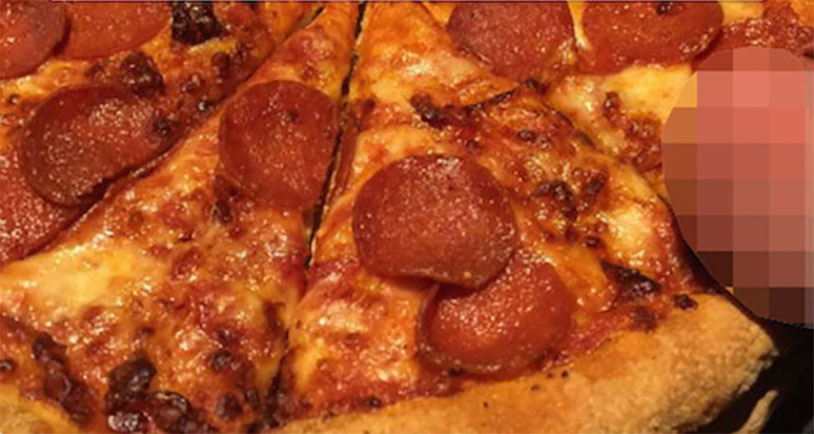 What’s your favorite pizza topping? We’re into pepperoni, sausage, artichoke hearts, that kind of thing. Not as into pineapple, and certainly not into human testicles. But when a Domino’s Pizza customer in England tweeted a pic of his pie with a gonad on it, it kicked off some hilarious customer service shenanigans.

The dude responsible is a professional prankster who goes by the alias “Ponce.” He’s pulled stunts on other companies in the past, but the Domino’s jab might be his crowning moment. After ordering a Pepperoni Passion pizza, he had a friend put his ball on the crust and took a snapshot. Ponce then Tweeted the shot to the official UK Twitter account for Domino’s Pizza, complaining that he opened the box to find an “uncooked meatball” on his order.

Hilariously, it seems like whatever underpaid intern was managing the social media feed that day didn’t look closely enough at the shot, and replied seriously to Ponce with “Sorry about that. Have you told the store about this?”

Mandatory has the full story if you really need to know more about this world-shaking event. Obviously this wouldn’t be the first time underpaid fast food workers have put body parts on the food, but the very idea of a pizza arriving to your house with a whole testicle on it beggars belief.