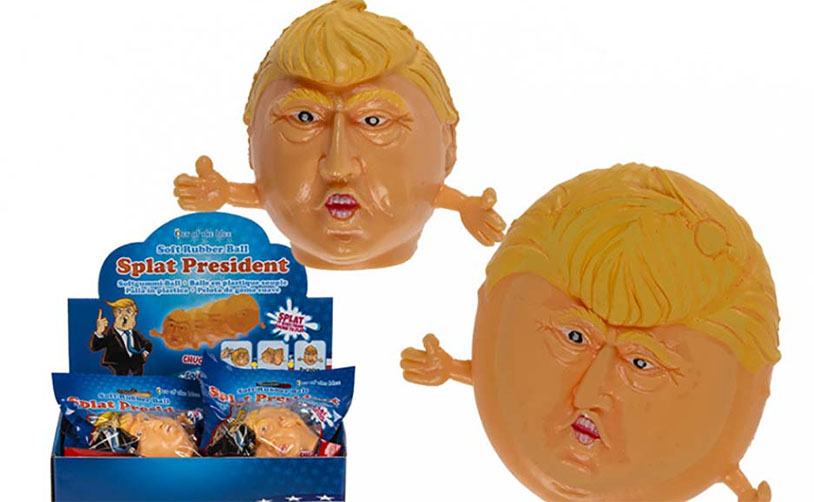 We try not to get political here at the Ball Report, because our job is to aid testicular cancer patients and improve their chances of survival no matter what side of the ideological divide they fall on. But it’s hard to not comment on a line of Donald Trump squishy balls being pulled off the market because they have the potential to poison people because their filling is “microbiologically contaminated.”

The products, described as “A ball designed as the head of President Trump with arms, made of orange-coloured, soft, elastic, synthetic material, diameter: 5-7 cm, filled with a colourless liquid,” were pulled off the market by the Irish Competition and Consumer Protection Commission.

The issue is that if the outer shell of the Donald Trump heads is breached or ruptured, the fluid that leaks from within is not sterile and could contain agents that ight be deleterious if handled or ingested. The Commission recommends purchasers immediately removed the balls from the reach of children and return them to the stores where they were purchased for a full refund. It is unknown exactly what the fluid within them consists of or what it could be contaminated with, but it’s quite a metaphor for our modern age.